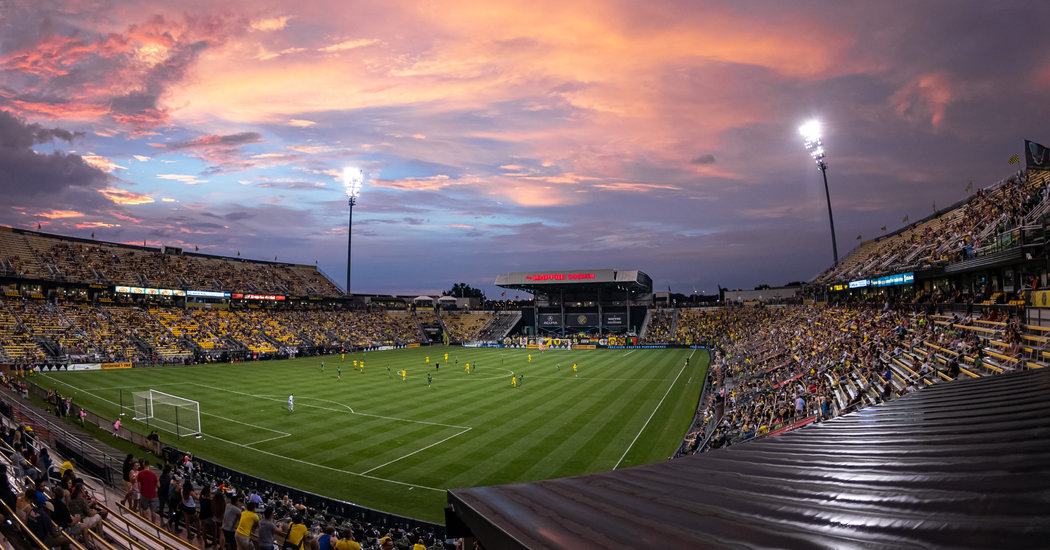 “It’s one of the most exciting things I’ve ever done in my work,” Mr. Cranley said.

F.C. Cincinnati’s stadium features an angled roof, covered stands and state-of-the-art exterior LED lighting, much of it designed by Jonathan Mallie of the Populous architectural firm, a prominent member of the team that designed Barclays Center in Brooklyn.

Mr. Berding, the club’s president, led the team’s response to concerns about gentrification, economic opportunity, displaced homeowners and businesses, traffic, and other issues in the West End neighborhood, where more than 6,000 people live, 80 percent of them in rental housing.

The new stadium fits snugly on a 15.5-acre site, most of it previously occupied by Stargel Stadium, a high school football stadium owned by Cincinnati Public Schools. F.C. Cincinnati agreed to replace the old facility with a $10 million stadium, which opened across the street last year.

The team’s owners are planning more construction, including three projects alongside the stadium that will encompass 575,000 square feet of space for residences, offices, retail and entertainment.

“F.C. Cincinnati has definitely put in work through their community service, bringing in youth soccer programs and the $100,000-per-year grants,” said Alexis Kidd-Zaffer, executive director of Seven Hills Neighborhood Houses, a community service and development group. “Transformation, like stadiums, highways and developments in the name of progress, have often come at the cost of black, under-resourced communities across our country.”