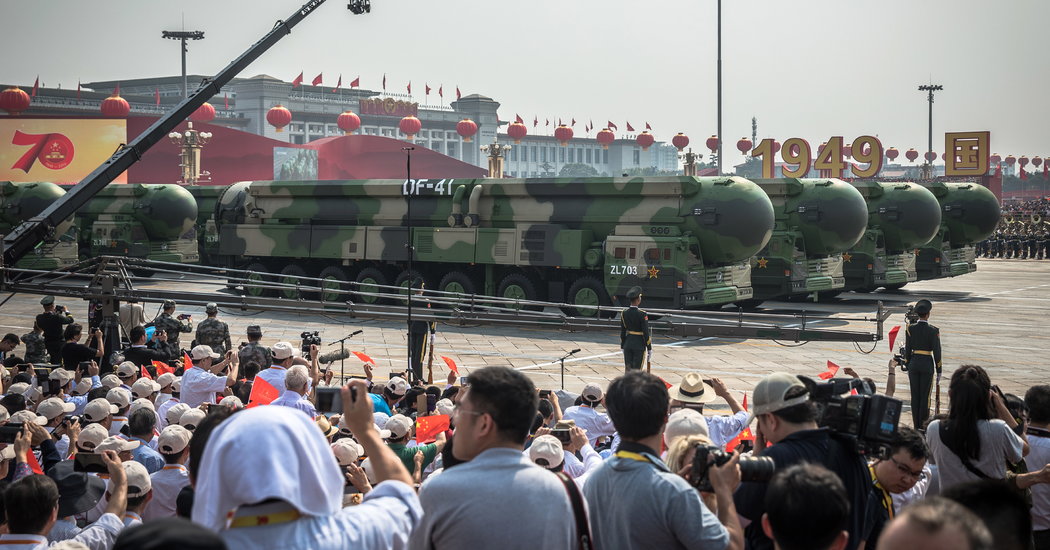 “If Beijing’s concerns are left unaddressed, they will likely fuel more intensive Chinese efforts to modernize its nuclear forces and other strategic capabilities,” Tong Zhao, a senior fellow at the Carnegie-Tsinghua Center for Global Policy in Beijing, wrote recently.

The roots of the revival of interest in building up nuclear arsenals go back to the passage of New START a decade ago, early in the Obama administration. As the price of getting the treaty through the Senate, President Barack Obama agreed to a multibillion-dollar upgrade of the American nuclear complex, including production facilities that had been neglected for decades. At the same time, Vice President Joseph R. Biden Jr., now Mr. Trump’s presumed opponent in the presidential election, said the administration would ask the Senate to ratify the Comprehensive Nuclear Test Ban Treaty, which Bill Clinton had signed but the Senate had never acted on.

Mr. Obama and Mr. Biden never sought ratification, realizing they would lose. But the past four presidents have abided by the treaty’s ban on nuclear tests. That may be coming to an end: Mr. Billingslea confirmed that the Trump administration had discussed “unsigning” the treaty and debated whether the United States should return to nuclear testing, which it has not engaged in since 1992. But he said there was no need to do so for now.

The United States conducted more nuclear tests during the Cold War than the rest of the world combined. Over decades of experimentation, and more than 1,000 tests, its bomb designers learned many tricks of extreme miniaturization as well as how to endow their creations with colossal destructive force. Compared with the atomic bomb that leveled Hiroshima, the nation’s first explosive test of a hydrogen bomb, in 1954, produced a blast 1,000 times as powerful.

Because of that history, many nuclear experts now argue that if Mr. Trump begins a new wave of global testing, it would aid American rivals more than the United States.

“We lose more than we gain,” Siegfried S. Hecker, a former director of the Los Alamos weapons laboratory in New Mexico and now a professor at Stanford University, said in an interview. Beijing had conducted only 45 tests, he noted, and would welcome a resumption of testing to “increase the sophistication or perhaps the diversification” of its arsenal, “and that can only come back to be a national security risk for the United States.”

Activity at the desert testing site in Nevada has soared in recent years. There is new drilling, construction, equipment, employees and periodic “subcritical” tests, just below the threshold of producing a nuclear explosion.