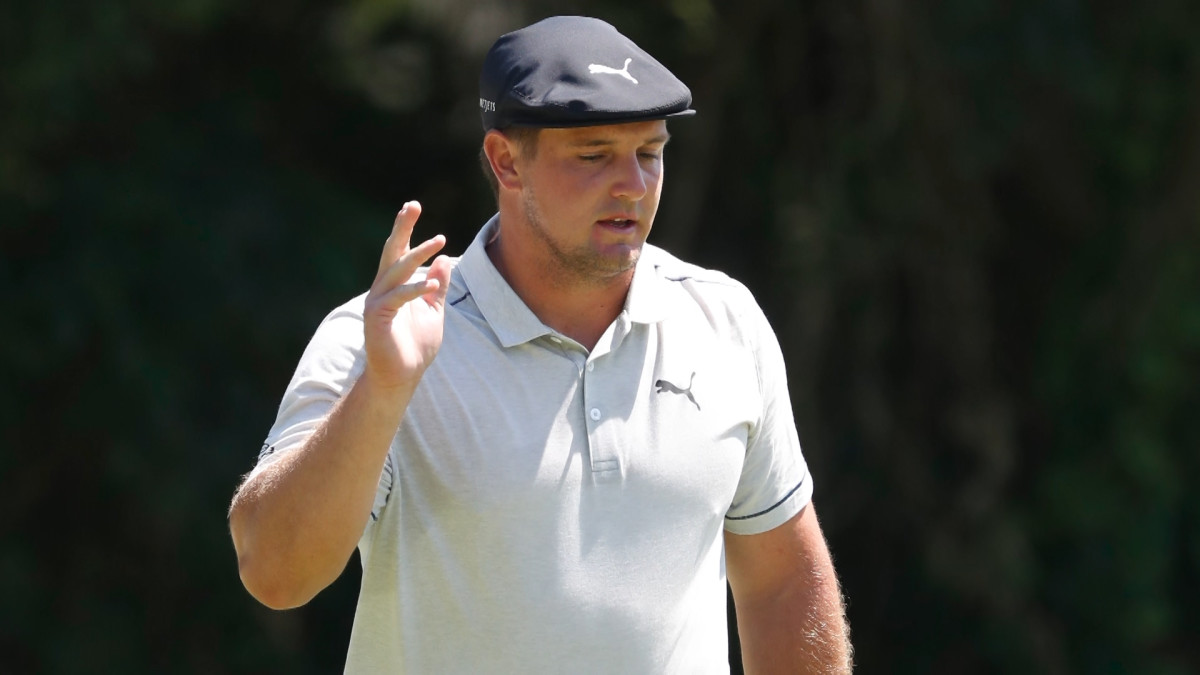 After three consecutive weeks of massive fields on the PGA Tour, this week’s Rocket Mortgage Classic scales back a bit.

As SI Gambling insider Frankie Taddeo pointed out in his betting preview on Monday, only 10 of 20 FedEx Cup ranked players will be participating over at Detroit Golf Club, making this a field where we’ll have to dig a little bit for value plays and low ownership in tournaments.

We’ll break this down into three categories: cash plays, tournament/GPP plays, and fades.

DeChambeau is the clear-cut favorite, especially now in a smaller pool of players. He’s finished in the top 10 in six consecutive events, going back to the Genesis Invitational in February. I’m not sure how you fade him in cash, considering his ownership and level of consistency.

Simpson missed the cut three weeks ago at the Charles Schwab Challenge, bounced back to win the RBC Heritage, and then withdrew from the Travelers Championship out of an abundance of caution surrounding the COVID-19 cases popping up on tour.

Like DeChambeau, he remains one of the most consistent players on tour and is currently the number one ranked golfer in the FedEx Standings. His ball-striking remains on-point, and his putter has been brilliant as well.

After hovering in the high $7,000 range over the last three weeks, Hovland’s price has skyrocketed due to impressive performance since the Tour resumed, as well as high levels of ownership.

Hovland has seen his ownership percentage increase in the DraftKings “Milly Maker” from 7.1%, to 10.8%, to an astounding 23.0% at the Travelers. Even as a pivot from DeChambeau and Simpson, I still expect Hovland to be heavily owned with three top 25 finishes over the last three weeks.

Just a week ago, Redman was 300/1 to win the Travelers Championship and almost pulled it off! He shot a 63 on Round 4 to put him into 11th.

This week? How about 44/1 to win the Rocket Mortgage Classic?

Redman hit just under 82% of greens-in-regulation (GIR) last week and is trending up at an ideal time.

He also finished second at this event last season. He’ll be popular as a mid-tier play this week.

Gordon had a meaningful performance last week at TPC River Highlands. With his six-under 64 and a share of third place, he has now secured a special temporary membership card on the tour and can earn an unlimited amount of sponsor exceptions.

He’s also an excellent golfer with a low price tag. The public will remember his name and score from last week. Don’t be surprised if he carries 15% ownership or higher in this week’s “Milly Maker” for salary savings.

Hatton started rough at the RBC Heritage with a 71 but shot a 64, 63, and 66 in the next three rounds to finish tied for third. He’s once again coming in fresh in a substantially lighter field this week at Detroit Golf Club and should be ready to pounce.

Hatton has three top-six finishes in his last three events and has made every cut this season. He plays sparingly, but when he does, he usually does exceptionally well. In a single to triple-entry GPP, he’s one of my building blocks.

Like Hatton, Sabbatini didn’t play last week at the Travelers, but his game has been in excellent shape since the Tour picked up in June at the Charles Schwab Challenge in Ft. Worth. He’s finished 14th and 21st in both of his events, and also came in third last year at this very event. He should be reasonably low-owned, especially being out last week.

Snedeker is another golfer who finished top-five last year at this event and thrives on Donald Ross designed courses. Jason Sobel of The Action Network found this stat that I found fascinating:

“Snedeker might be the closest we’ve seen to a Ross specialist. He won at Forest Oaks in 2008, East Lake in 2012 and Sedgefield in 2018, and finished T-3 at Plainfield and T-9 at Pinehurst No. 2.” Throw in a top-five at this tournament, and it’s painfully obvious that Sneds loves the quirkiness of Ross courses, as this has become a growing trend in his career.”

Snedeker’s been ok, finishing 41st at the Travelers Championship and missing the cut at the RBC. This is purely a play on the course design, and I think it’s worth a dart throw in tournaments.

Another top-five finisher from a season ago, Stuard gets the hometown advantage playing in Detroit. Granted, it’s the same strategy that burned me a week ago with Keegan Bradley at 125/1 and a fair price on DraftKings ($7,400) last week, but maybe that also deters others from doing the same. Remember, it’s a tournament play, and we’re looking for low-ownership edges wherever we can find them!

Via Pat Mayo of DraftKings, Bryan led all players in strokes gained – approach last week. He’s also back on bentgrass for putting, where according to Mayo’s research, gives Bryan a +0.31 strokes per round putting advantage. Detroit Golf Club isn’t a bomber’s course, so his struggles off the tee shouldn’t hinder him. At $6,500, Bryan is more than capable of making the cut, and possibly inching his way to a top-20 finish.

Reed shot a 64 on the final day of the Travelers to finish tied for 24th, but he missed the cut the previous week at RBC. He tends to get really hot or cold, and for the investment, I feel far more secure with someone like Hatton, Hovland, or even Sungjae Im.

Incredible ball-striker who will make you throw up once he approaches the green. Via Rick Gehman, Matsuyama lost 5.19 strokes-putting last week and another 1.49 around-the-green.

I may consider throwing him into one tournament lineup just because I love the grouping he’s in with Patrick Reed and Bryson DeChambeau to step up his game. But he’s not anywhere near my favorite plays this week.

Fowler is a big name trending in the wrong direction. He’s now outside the top-30 for the first time since 2014 and doesn’t have much in the way to show for any steps of improvement. He’s missed the last two cuts he’s played since the PGA Tour restarted, and even though this is an excellent course for him with sponsorship from Rocket Mortgage involved, I’m not jumping on-board here.