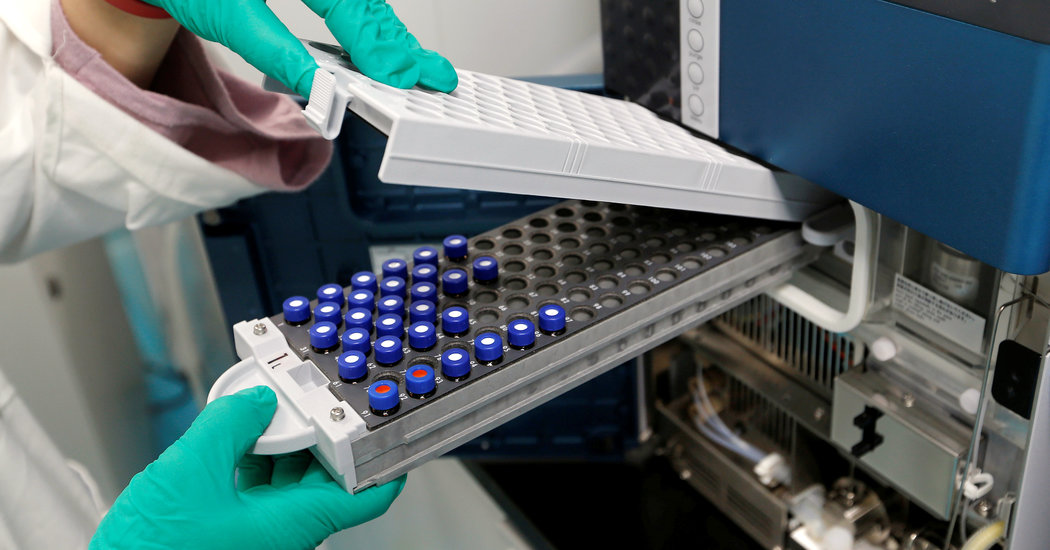 China’s military to use experimental vaccine

A coronavirus vaccine candidate has received approval from the Chinese government for use by the country’s military for one year, its maker said on Monday.

CanSino Biologics says it has seen promising results in early trials. The vaccine candidate was jointly developed by the pharmaceutical company and a research institute at China’s Academy of Military Science.

CanSino declined to disclose whether the inoculation of the vaccine candidate is mandatory or optional, citing commercial secrets, according to Reuters.

Context: The CanSino product is one of eight Chinese vaccine candidates approved for human trials. We wrote about the scramble to get treatment off the ground last month.

In India, a shift on skin color and beauty

The global conversation about race spurred by the killing of George Floyd is holding up a mirror to discrimination over skin tones that has been a feature of Indian society for centuries. But that culture is changing.

Last week, Unilever and other major brands said they would remove labels such as “fair,” “white” and “light” from their products, including skin-lightening creams that are popular in India.

And the matchmaking site Shaadi.com decided to remove a filter that allowed people to select partners based on skin tone after facing a backlash from users that began in North America.

Quotable: “Indian preference for lighter skins is a reflection of the successful branding of white skin as superior,” said Deepa Narayan, a commentator on gender issues in India.

Context: India’s colorism — the bias against people of darker skin tones — is partly a product of colonial prejudices. It has been exacerbated by the caste system, regional differences and Bollywood, which often favors lighter-skinned heroes.

The government banned nearly 60 Chinese mobile apps on Monday, including TikTok, as part of a retaliation for the death of 20 Indian soldiers in a border clash with Chinese troops this month.

With less military and economic power, India has few options for reprisals against China. One possible target for retaliation is communication and social media companies that are eyeing India’s giant market.

Details: In addition to TikTok, the popular social networking platform, the banned apps include UC Browser, Shareit and Baidu Map.

Fatima Khalil joined Afghanistan’s human rights commission at just 24. Born to a family of refugees, she spoke six languages and worked to change women’s place in society and politics.

After she was killed on Saturday in yet another explosion targeting civilians in Kabul, “there was a sense of deflation across the Afghan capital,” our correspondent writes. Fatima embodied the bright promise of an entire generation that is being cut down in blood.

Reddit: The message board website banned its biggest community devoted to President Trump as part of an overhaul of its hate speech policies.

U.S. abortion rights: The Supreme Court struck down a Louisiana law that would have closed abortion clinics, leaving the state with only one.

Bangladesh boat collision: At least 32 people, including three children, died after the passenger boat they were on collided with a ferry and capsized in Dhaka on Monday.

Snapshot: Above, Australia’s wild horses, known as brumbies, in the Snowy Mountains region of New South Wales, Australia. They are the subject of a national debate: Scientists say that they must be culled because they are destroying rivers and endangering wildlife, but cattlemen argue that they are part of a rural heritage.

What we’re reading: This essay in Medium on workplace ambition. Dan Saltzstein, a deputy editor for our Special Sections desk, describes it as a thoughtful piece about “a subject we don’t often talk about: the absence — or, perhaps, reassessment — of ambition.”

Two days after George Floyd was killed in police custody in Minneapolis, 15-year-old Zee Thomas posted a tweet: “If my mom says yes I’m leading a Nashville protest.” She had never been to a protest, and yet, five days later, with the help of other teenagers, she was leading a march of some 10,000 people through her city.

Jessica Bennett, who covers gender and culture for The Times, spoke with Zee, Tiana Day, Shayla Turner and Brianna Chandler — four teenage girls who organized a protest and are part of the young generation at the forefront of activism for racial justice.

Zee and Tiana, neither of you had ever led a protest before. What propelled you?

Zee: It’s crazy. I’ve never been to a protest before — like, ever. I got inspired by what people were doing all across America, but there was no protest in Nashville at the time. I was like, why isn’t Tennessee doing anything? Why are they silent?

So I was like, enough is enough. We’re going to do something.

Tiana: For me, I was never really an activist before. But this movement lit a fire in me. I live in San Ramon, a suburban town in California, and I’ve grown up around people who didn’t look like me my whole life. And I’ve been constantly trying to fit in. I would stay out of the sun so I wouldn’t tan. I would straighten my hair every day. There’s so many things that I did to try to suppress who I was and what my culture was. I just never felt like myself.

But I have always had this, like, boiling thing, this boiling passion in my body to want to make a change in the world. We bought three cases of water because we thought it was enough. It was, like, four miles straight of people who were there to support the movement.

How have your families responded?

Shayla: My mom actually found out I was protesting through the newspaper. She was in Walgreens and did a double take because I was on the cover of the The Chicago Tribune.

What’s something about your generation that people get wrong?

P.S.
• We’re listening to “The Daily.” Our latest episode is about proposals to defund the police, with a conversation with a police union leader.
• Here’s our Mini Crossword, and a clue: Something built at a campsite (four letters). You can find all our puzzles here.
• The writer Kevin Powell discussed his New York Times essay “A Letter From Father to Child” on NPR’s Morning Edition.