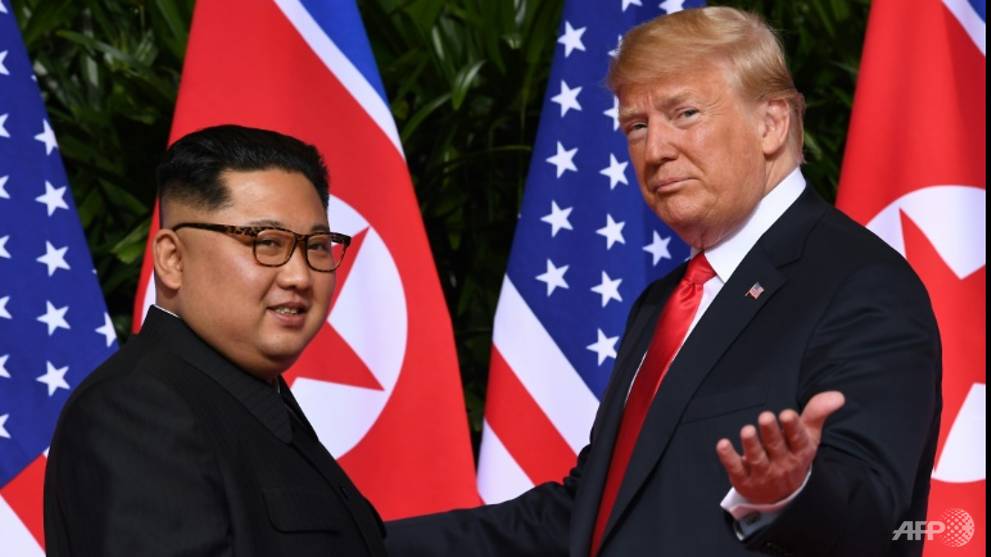 WASHINGTON, DC: The US pointman on North Korea voiced doubt on Monday (Jun 29) that President Donald Trump and leader Kim Jong Un would meet again before US elections, although he held out hope for progress in nuclear negotiations.

Deputy Secretary of State Steve Biegun pointed to the global COVID-19 pandemic as a “wet blanket” that would make any in-person summit difficult.

“I think it’s probably unlikely between now and the US election,” Biegun told a forum of the German Marshall Fund of the United States when asked about prospects for a Trump-Kim summit.

But he said the United States will “continue to leave the door open to diplomacy.”

“We believe there’s still time for the United States and North Korea to make substantial progress in the direction that we believe that both sides want to go,” he said.

Tensions have again been rising on the Korean peninsula, with the North blowing up a liaison office on the border and saying it had suspended military action against the South.

Trump in 2018 became the first sitting US president to meet the leader of North Korea, with which the United States never officially ended a war that began 70 years ago this month.

The reality-television star and the young authoritarian agreed in Singapore in general terms on a plan for ending North Korea’s nuclear programme.

But a 2019 follow-up summit in Hanoi broke down as the United States refused North Korean demands for early sanctions relief, although Trump and Kim met again briefly months later when the US leader visited the Korean peninsula.

John Bolton, Trump’s former national security advisor known for his hawkish views on North Korea, in a new book accuses Trump of being obsessed with the showmanship of a summit and said that Pyongyang will never give up nuclear weapons.