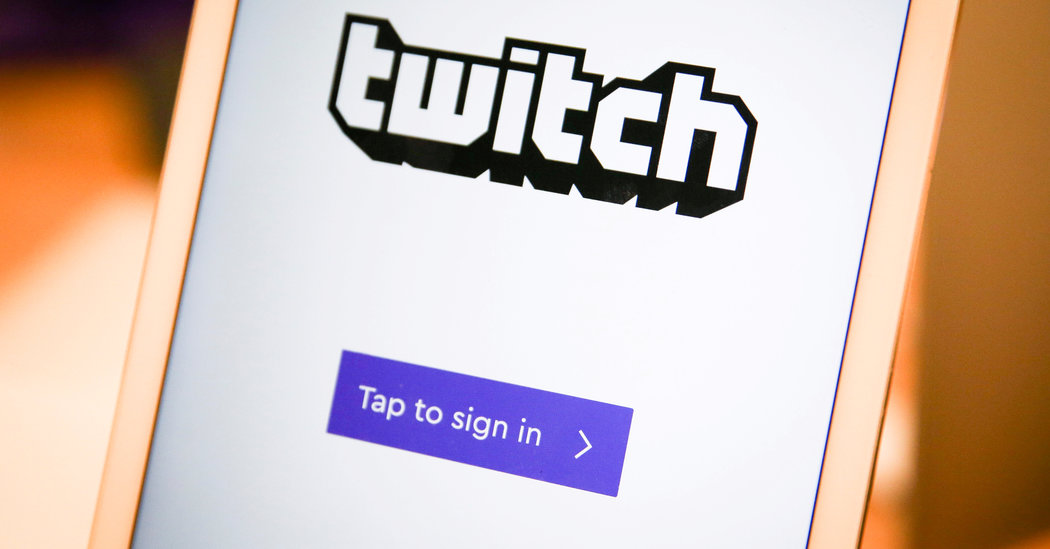 Twitch, the livestreaming platform, said on Monday that it was suspending President Trump’s channel for “hateful conduct,” adding to the swell of actions being by taken by tech companies against the speech and behavior of Mr. Trump and his supporters.

Twitch, which is owned by Amazon, said two recent streams on Mr. Trump’s channel violated its rules. One stream was of a rebroadcasted 2016 campaign rally in which Mr. Trump made comments about Mexico sending drugs, crime and rapists over the border. The other was a rally in Tulsa, Okla., where he talked about a “very tough hombre” breaking into a woman’s house at 1 a.m.

“Hateful conduct is not allowed on Twitch,” a Twitch spokeswoman said in a statement. “In line with our policies, President Trump’s channel has been issued a temporary suspension from Twitch for comments made on stream, and the offending content has been removed.”

It was unclear how long the temporary suspension would last.

Tech companies have become more proactive in handling speech issues by Mr. Trump and his supporters in recent months. Twitter has begun adding labels to some of the president’s tweets, questioning their accuracy or calling them out for glorifying violence. Snap has said it will stop promoting Mr. Trump’s Snapchat account. And on Monday, Reddit said it would ban “The_Donald” community, which had been a highly influential digital gathering place for Mr. Trump’s supporters.

This is a developing news story. Check back for updates.