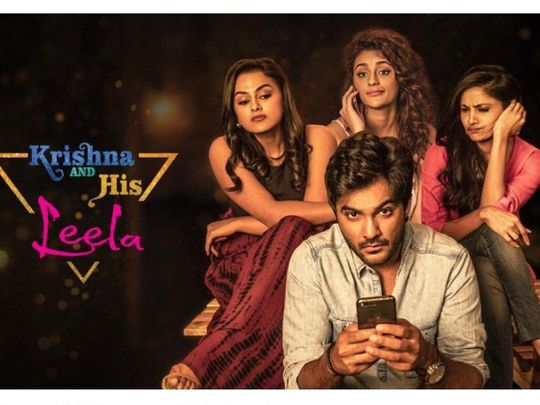 Indians are protesting against Netflix and calling to stop “Hinduphobia” as new Telugu-language film ‘Krishna and His Leela’ has hurt sentiments of devotees.

The hashtags #BoycottNetflix and #Hinduphobic trended online as Hindus claimed that the online entertainment service platform has repeatedly “targeted” and “insulted” the Hindu religion in its content.

The controversy started once again recently after web series Krishna and His Leela showing a male character named Krishna having sexual encounters with several women and one of them being named Radha became available to watch.

People have termed the two-hour-long film as Hinduphobic.

A Twitter account advocating for Hindu ideology, @HinduJagrutiOrg, posted a collage of posters of movies and shows it deemed offensive with the caption: “We all should #BoycottNetflix as @netflix and @NetflixIndia are indulging is promoting Hinduphobic content via web series like Sacred Games, Leila, Ghoul, Delhi Crime etc. Its recent web series #KrishnaAndHisLeela has tried to insult highly revered Hindu Gods – Shrikrishna and Radha.”

User @ashokism asked to take legal action against the platform: “#BoycottNetflix. #FIR [first information report] to be filed. #Netflix Web Series ‘Krishna and His Leela’ is hurting sentiments of #Hindu. For cheap popularity they are showing sexual affairs of Krishna with many women and one named Radha. It’s anti #Hinduism with lies, deceit, propaganda…”

However, not everyone had the same sentiments.

User @vignesh35104601 posted: “This [is] literally happening. They started #hinduphobic. I’m Hindu. But calm down buddy…”