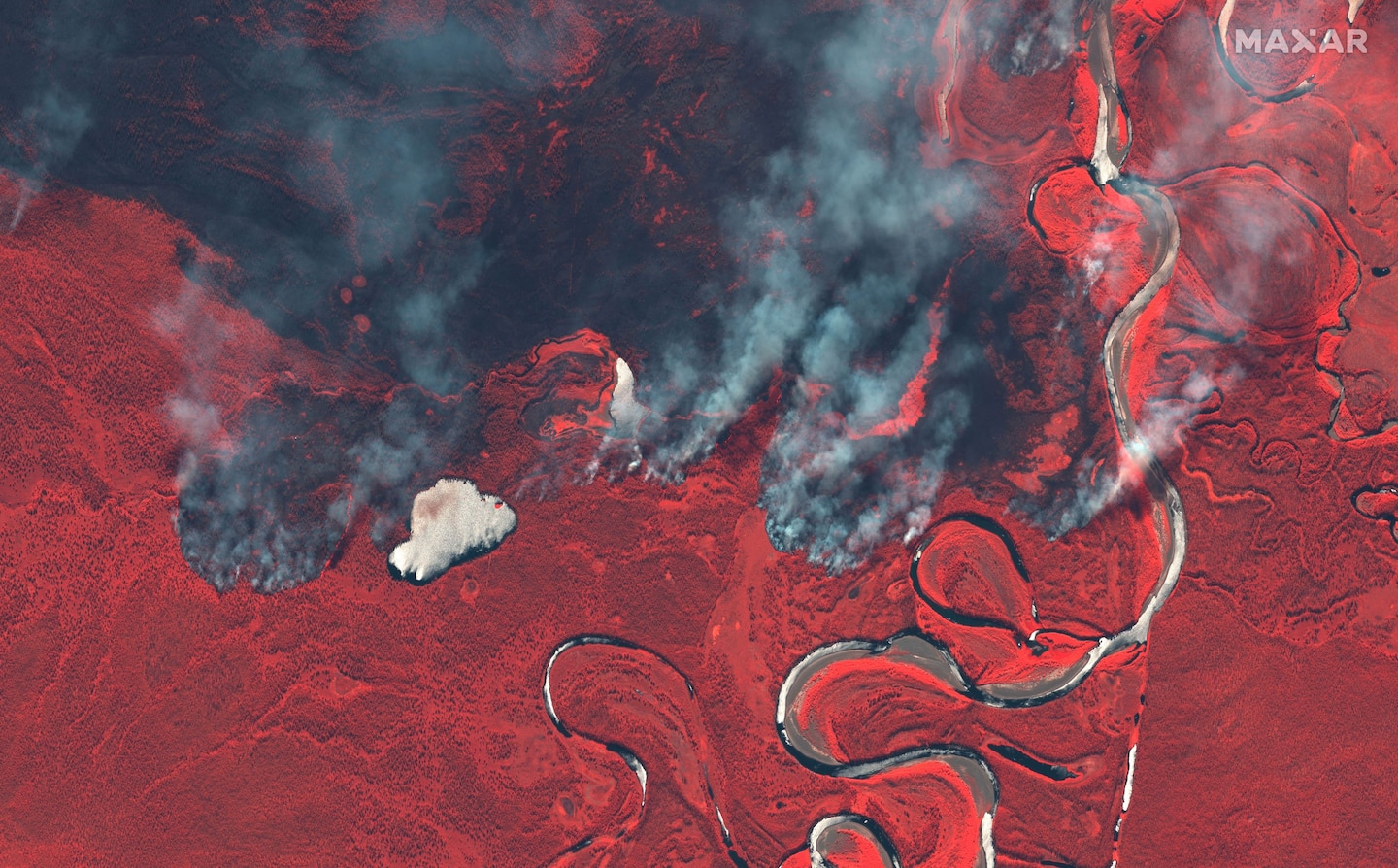 But the romantic vision of nature “healing” itself was always an illusion. As my colleagues reported earlier this month, carbon dioxide levels in the atmosphere are the highest they’ve been in human history, and possibly higher than in the past 3 million years. The specter of man-made climate change looms all the more ominously over a planet in the grips of a viral pandemic.

Scientists suggest the magnitude of the new swarms is a direct consequence of warming temperatures in the Indian Ocean, which created a pattern of torrential rainfall and cyclones that yielded more fertile breeding grounds for the locusts. Though much of the Indian spring harvest was collected before the locust swarms arrived, the Horn of Africa region could suffer up to $8.5 billion in lost crops and livestock production by the end of the year as a result of this locust outbreak, according to World Bank estimates.

“Nations which were already under threat of food insecurity now face a real danger of starvation,” Rep. Christopher H. Smith (R-N.J.) said in a statement touting bipartisan legislation in the House to boost aid to African countries affected by the infestation. “There are now up to 26 million people who are at risk of acute food shortages and widespread hunger.”

Earlier this month, record warm conditions in Siberia sparked raging wildfires in the peatlands that ring the Arctic. There have been what some scientists branded “zombie” blazes — fires sparked the previous summer that never fully died out as winter set in and then were reignited as temperatures soared. The Siberian Arctic is warming at twice the rate of the rest of the world.

“The Arctic is figuratively and literally on fire — it’s warming much faster than we thought it would in response to rising levels of carbon dioxide and other greenhouse gases in the atmosphere, and this warming is leading to a rapid meltdown and increase in wildfires,” climate scientist and University of Michigan environmental school dean Jonathan Overpeck told the Associated Press.

The heat and fires have terrifying consequences in the short term, too. It is believed that a monumental Arctic oil spill in Norilsk, north-central Russia, took place after melting permafrost led to a reservoir collapsing toward the end of last month, triggering a leak in the facility that reminded many of the 1989 Exxon Valdez spill.

Brazil isn’t alone in its struggles with the more immediate, invisible threat of the virus. But climate change doesn’t wait. “You may feel, because of the pandemic, that you are living to some degree in 1918,” wrote New York magazine’s David Wallace-Wells, referring to the flu outbreak that rattled the world a century ago. “The Arctic temperatures of the past week suggest that at least part of the world is living, simultaneously, in 2098.”

Optimists say the experience of the pandemic may focus policy minds more clearly on the need for more decisive, collective action on other fronts. “I was so worried about the dangers of going too far,” Sally Capp, lord mayor of the Australian city of Melbourne, recently told the BBC when discussing her reticence in the past over pushing too aggressive a climate platform. “I have become much more resolute about my values, prioritizing humanity and protecting the environment, so they can play a larger role in driving my agenda.”

On Sunday, municipal elections in France showed a surge in support for the left-leaning Greens, the latest sign that climate-minded politics is coming to dominate the agenda in the West’s major cities. But experts warn that even some of the most well-intentioned governments are behind in meeting carbon-slashing goals, while commitments to climate action around the world are not being upheld in any meaningfully consistent or uniform manner.

“With the pandemic raging and public attention somewhat distracted away from continuing climate-destructive anti-scientist manipulations, protecting climate scientists is a more urgent task than ever,” wrote American meteorologist Jeff Masters. “The world-wide coronavirus lockdowns are proof that humanity can act quickly on a global scale to help pass our civilization’s pop quiz. Collectively, we can do so again to help us pass our coming climate change final exam.”