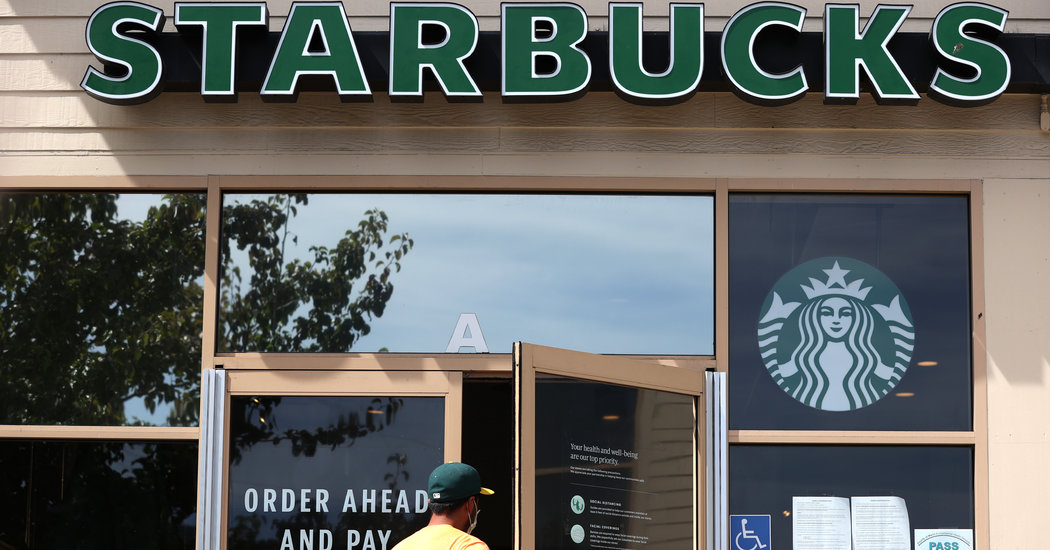 A Starbucks barista in San Diego has more than $87,000 to fuel his dream of teaching dance after an online fund-raiser was created in response to a Facebook post by a customer who was not wearing a mask complaining about him and the company’s policies.

The barista, Lenin Gutierrez, said in a Facebook video that he posted on Wednesday that it had all started when he was working at the front register and asked the customer, Amber Lynn Gilles, if she had a face mask.

“No, I don’t need one,” Ms. Gilles told him, according to the video. She replied before he could show her a paper explaining the company’s mask policy during the coronavirus pandemic.

He said she started “cursing up a storm” and called people “sheep” before walking out. A few minutes later, she came back, he said, and asked for his name, took a photo of him and said she would call the corporate offices.

“I thought that was going to be the end of it,” said Mr. Gutierrez, who has worked at Starbucks since 2017. “I didn’t think it was going to come to this.”

Ms. Gilles posted the photo she took on her Facebook page with the comment: “Meet lenen from Starbucks who refused to serve me cause I’m not wearing a mask. Next time I will wait for cops and bring a medical exemption.” She expressed doubt about masks, saying they were “stupid and so are the people wearing them.”

The post got more than 110,000 likes and reactions, 133,000 comments and 49,000 shares, but it also ignited a firestorm that led to tens of thousands of dollars for Mr. Gutierrez from more than 6,500 donors through a GoFundMe campaign.

As of Sunday night, the site reported more than $87,000 in donations. It was headlined “Tips for Lenin Standing Up To A San Diego Karen,” a term used to describe a white woman who is angry or feels entitled.

Mr. Gutierrez could not be reached.

Ms. Gilles said she was “denied and discriminated against” and that she had received “thousands” of death threats, according to a video on NBC7 in San Diego. “I didn’t harass anyone,” she said. “I called them out because I’m frustrated.”

Ms. Gilles said in an interview on Sunday that she wanted at least half the money raised through the GoFundMe page “because they’re using me to get it.”

She also said she was surprised by the headlines and online commentary the incident has generated. “I didn’t think my little review would get this much attention,” she said.

Widely shared videos of customers arguing about not wearing masks at stores show how resistance is not uncommon and how businesses are trying to encourage compliance.

Starbucks said it had taken measures to keep employees and customers safe, including asking customers to wear facial coverings at its shops. A Starbucks representative said on Saturday that the company was abiding by guidance from the Centers for Disease Control and Prevention and local mandates. Since May 1, San Diego County has required face coverings in many public areas.

Mr. Gutierrez said in his Facebook video that before the pandemic, he had taught dance to children. His Starbucks job has been a way to support his passion to pursue dance and teach it, he said, adding that the money raised could make his ambition a reality.

“That’s all I really want to do — to just be able to show dance to others and show them how much I love it and how much it affected me,” he said. “And if I can show that to someone else, that would be amazing and change their life like it changed mine.”