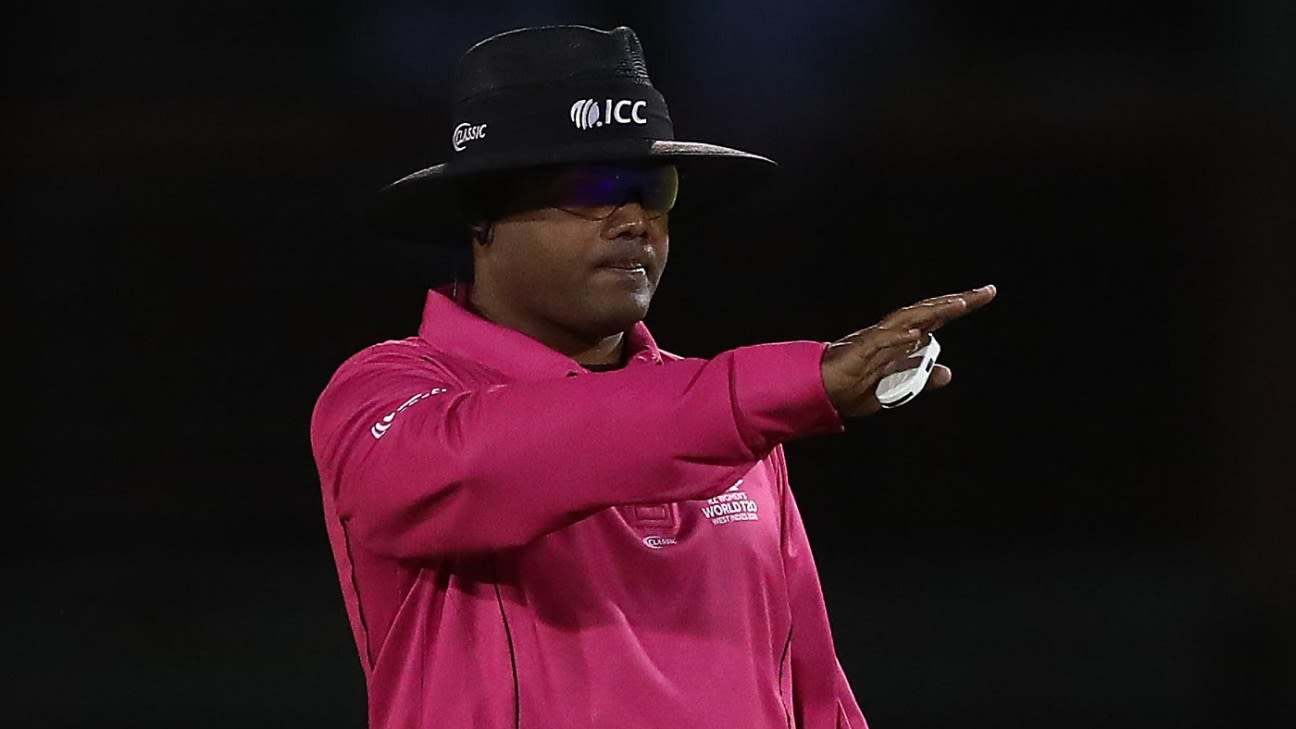 India’s Nitin Menon has been included in the ICC Elite panel of umpires for the 2020-21 season after the annual review conducted by the game’s governing body. Menon, who was earlier part of the International panel, will replace England’s Nigel Llong in the Elite roster.

Menon, 36, began his umpiring career in 2017 and has officiated in three Tests, 24 ODIs and 16 T20Is so far. After S Venkataraghavan and S Ravi, he becomes the third umpire from India to make it to the Elite panel.

“It’s a great honour and matter of pride for me to be named in the Elite panel,” Menon said in an ICC release. “To be officiating regularly along with the leading umpires and referees of the world is something that I always dreamt of and the feeling has yet to sink in.

“Having already officiated in Tests, ODIs and T20Is as well as in ICC events, I understand the great responsibility that comes with the job. I also feel this is a responsibility on me to take Indian umpires forward and help them by sharing my experiences.”

Adrian Griffith, the ICC’s senior manager of umpires and referees, congratulated Menon, saying he “has come through our pathway system with very consistent performances”.

The ICC monitors umpires’ standing through various parameters, including on-field decision-making, the number of reviews the match official has got right, and conduct on the field. Accordingly, points are tallied and umpires are ranked internally.

Last year, England’s Michael Gough and West Indies’ Joel Wilson were promoted to the elite panel, while India’s S Ravi was omitted from the list.