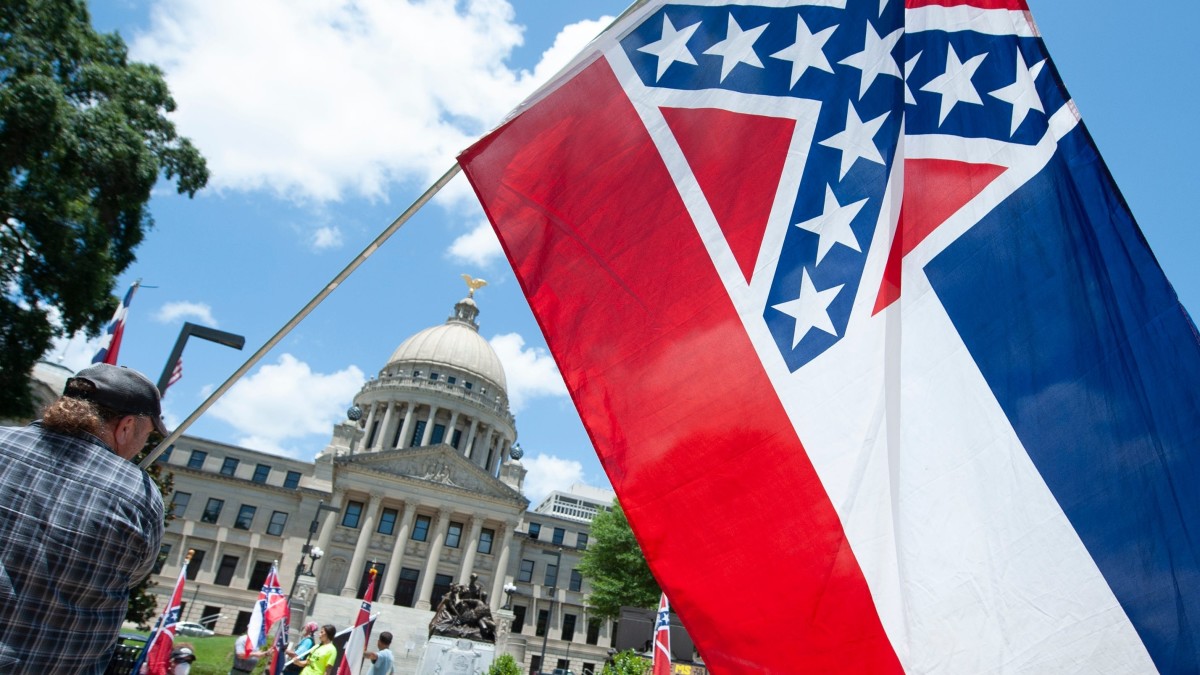 On Sunday, both the House and the Senate of Mississippi passed a bill to change the state’s flag, removing the flag’s Confederate battle symbols.

The state House voted in favor of the bill, 91-23, while the Senate voted 37-14. The bill now moves to governor Tate Reeves, who has already stated he will sign legislation to remove the Confederate emblem.

The debate over the flag has been waged in a time when Confederate monuments have been removed across the nation. Earlier this month, NASCAR banned Confederate flags from all of its events. The SEC also released a statement calling for Mississippi to change its flag, and even threatened prohibiting conference championship events from being held in the state until the flag was changed.

Later, Mississippi State running back Kylin Hill tweeted that he wouldn’t “be representing this state anymore” unless the flag was changed. Mississippi State coach Mike Leach and Ole Miss coach Lane Kiffin joined a group to lobby in front of state legislature earlier this week, urging for the flag to be changed.

Hill was pleased with the news that the flag would be changed, thanking those that helped along the way:

After the announcement of the bill passing, SEC commissioner Greg Sankey issued a statement praising the leadership from the conference’s schools at bringing about meaningful change.

“The agreement to remove the Confederate battle emblem from the flag is a positive and appropriate action, and I applaud the Mississippi House of Representatives and Senate for today’s action,” Sankey said. “I am also grateful for Governor Reeves’ openness to sign a bill to change the flag. As I have frequently said, our students deserve the opportunity to learn and compete in welcoming environments. Today’s action is welcomed in the spirit of this goal.”