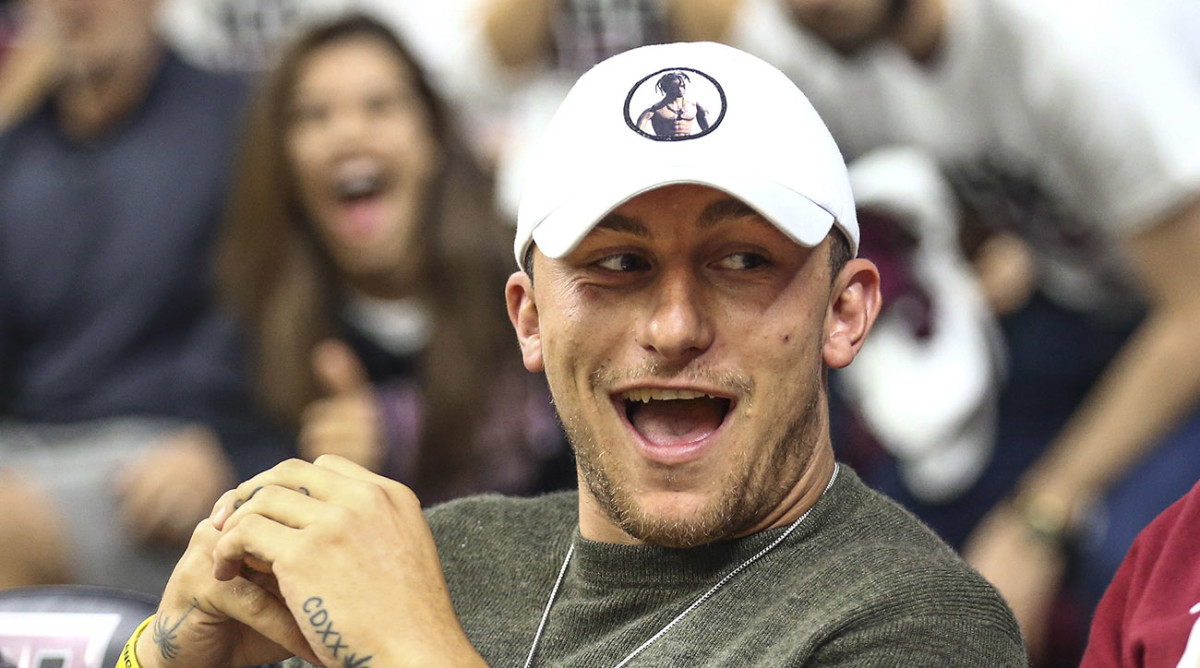 Johnny Manziel’s days as Johnny Football are likely over. Although he has not officially retired, Manziel told the Lubbock Avalanche-Journal over the weekend that he may never play football again.

“In the past, probably, is the way I’d characterize it,” Manziel said of his career. “I’ve finally got to a point where I’m trying to achieve happiness in life, not happiness on the football field.

“I know a lot of people probably want me to come back and play and give it another chance, but I don’t know, as far as being a person and figuring out life as a young adult—trying to make it and figure it out—if I’ve ever been in a better place than I’m in right now. I can honestly say I’m happy and I’m doing the right things to try and put a smile on my face every day, and that means more to me than going out and grinding on a football field.”

Manziel, 27, last played professional football with the Alliance of American Football’s Memphis Express in March 2019 before the league folded. He joined the Express after the Montreal Alouettes released him and the Canadian Football League banned him from playing with another team.

Before the CFL and AAF, Manziel spent two seasons with the Cleveland Browns in 2014 and 2015. However, inconsistent play and a string of off-field issues, including a domestic assault charge against him that was later dismissed, led to the Browns cutting Manziel in 2016.

“During that time when I got drafted, I didn’t put in the time that I needed to be a great player and I don’t think my heart was in it,” Manziel said. “And I think when I went back to Canada, it was the same way. I truly believed and truly thought it was what I wanted to do, and my heart wasn’t in it, and it worked out the way it did.”

Manziel currently lives in Scottsdale, Ariz., and is spending lots of time playing golf. He said he was “humbled” during his football career and he’s content with how it played out.