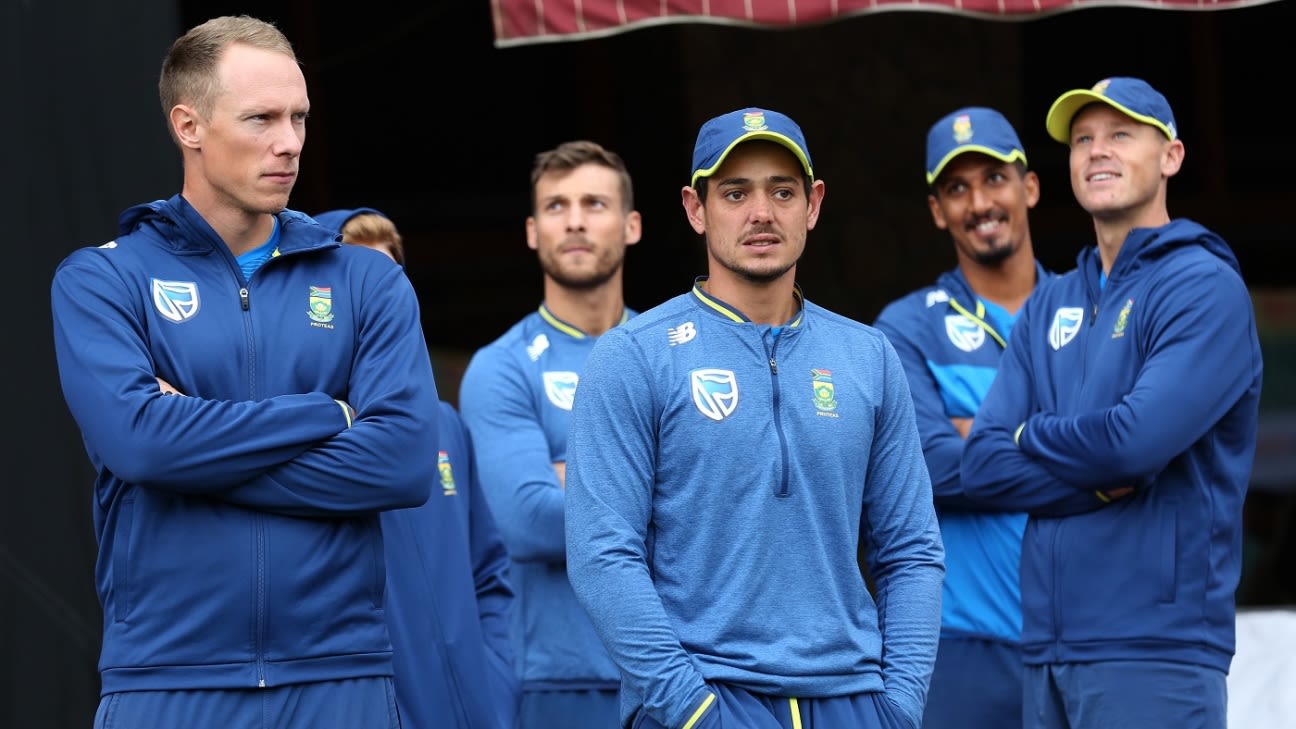 Cricket South Africa’s (CSA) return-to-train-and-play plans have been approved by the country’s sports ministry and the organisation will meet on Thursday to plot its course back to action. ESPNcricinfo understands that CSA’s focus will be on getting the national men’s and women’s teams back in action, though franchise and provincial players will continue to wait before they can begin pre-season camps. A new date for the 3TC competition – a format in which three teams will play in the same game – is not expected imminently.

Last week, CSA was forced to postpone the 3TC exhibition event, originally scheduled for June 27, because it had yet to receive the government’s green light to train or play. CSA needed both the sports and health ministry’s permission because it hoped the match would take place at SuperSport Park, in Centurion, a coronavirus hotspot. With infections rising as South Africa heads towards its peak (predicted to occur between July and September), CSA may consider an alternative venue for the fixture. One source said CSA would require players to have at least seven days of training before rescheduling the 3TC match.

This means that for now, CSA’s top priority will be to ensure its national player groups return to organised sessions, especially as they have been out of action for more three months. There has been no cricket in South Africa since March 15, when the group stage of the domestic one-day cup was completed. The playoffs and final did not take place. At the time, South Africa’s men’s team was in India playing a three-match ODI series. After one rained-off fixture, the team returned home. South Africa went into strict lockdown on March 27 which meant the women’s home series against Australia had to be postponed. The women’s team will also not travel to play against West Indies. The men’s team has had its white-ball tour of Sri Lanka, which was due to take place this month, put back and next month’s two-Test, five T20I trip to the Caribbean will, at best, be delayed by several weeks.

South Africa are also hopeful of hosting India for three T20Is in August but have made provision for those fixtures to take place later in the home summer, as far forward as March 2021.

All CSA’s other plans for its national sides will depend on when the ICC makes a decision regarding the T20 World Cup and 2021 Women’s World Cup. The organisation is hopeful of discussing elements of the Future Tours Program at its Thursday meeting.