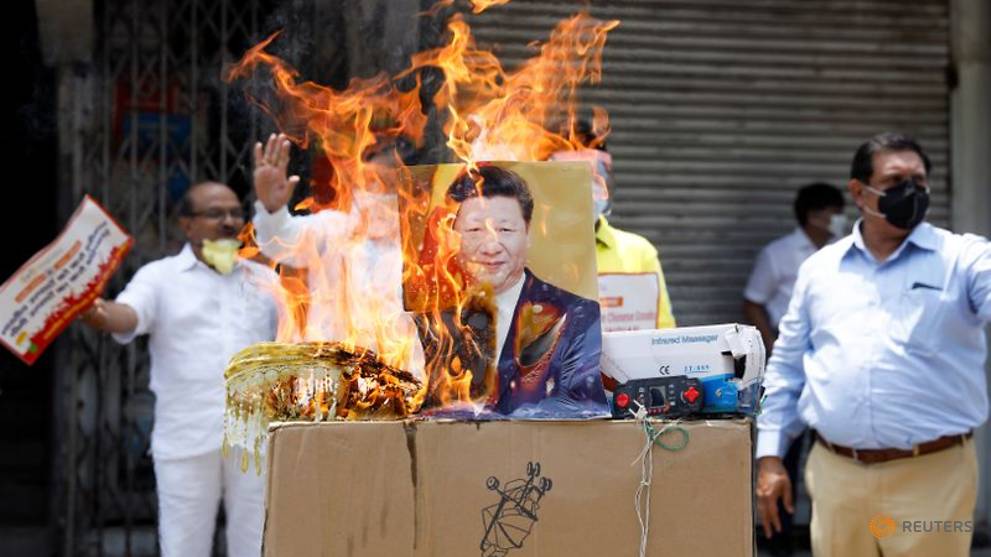 PERTH, Australia: Nearly a century ago, Dale Carnegie achieved world renown for his book How to Win Friends and Influence People.

I’m not sure if it was ever translated into Mandarin, but I’m guessing that Chinese President Xi Jinping has never read it either way.

Perhaps he should. Under Xi’s leadership, China is currently giving the world a masterclass in how to alienate and alarm even those of us who aren’t instinctively hostile toward the People’s Republic.

READ: Commentary: Why are Chinese officials acting like Internet trolls and entertaining online fights with the US?

It may be hard to believe and remember, but only ten years or so ago, we were all talking about the surprising emergence and effectiveness of China’s “charm offensive”.

In this incarnation, China’s policymaking elites were showing an unexpected deftness and subtlety, especially in relation to Southeast Asia, where the region’s perennially Nervous Nellies were trying to decide whether the sudden rise of China was a threat or an opportunity.

If this sounds familiar, it should. It is precisely the same dilemma consecutive Australian governments have been wrestling with for the last decade or more.

READ: Australia will not be ‘intimidated’ amid China economic threats: PM Scott Morrison

AUSTRALIA PUSHING BACK AGAINST CHINA

The jury now seems to be in: The People’s Republic in its new more assertive and aggressive mode is a danger, and Australia must act accordingly.

Quite what the finer details of this process will look like economically is far from clear, but diversification and decoupling have become prominent parts of the emerging policy consensus in Canberra.

More predictably, even greater demonstrations of fealty towards the US have also become de rigueur. What better way to prove our sincerity than by promising to increase defence spending and all-around military preparedness?

Without any inside knowledge of or access to the discussions among senior policymakers in Beijing, one can only guess this wasn’t the result they hoped for when they decided to stop biding their time and hiding their capabilities, as Deng Xiaoping famously advised.

Perhaps they had all been reading about the supposedly pacifying and constraining impact of economic interdependence, and assumed that countries like Australia would have no choice but to recognise their vulnerability and behave appropriately.

But if a country as heavily dependent on China as Australia can push back, what about the rest of the world, which is not as reliant, but might become so if it buys into Xi Jinping’s signature Belt and Road Initiative?

Significantly, there is now as much talk about the perils of debt traps and neo-colonialism as there is about the possible benefits of much-needed infrastructure.

Perhaps it’s the relative absence of internal debates in China that has caused its policymakers to underestimate their importance elsewhere, especially in democracies.

As a result, the PRC has increasingly – and misguidedly – privileged power over persuasion, and assertion over assurance. The impact is becoming painfully apparent around the Indo-Pacific.

Indeed, China’s actions are giving real substance to this way of thinking about the region as India is being driven into the arms of the US.

When the US is led by the most incompetent and unreliable president in recent history, this takes some doing. Why would any other potential friend or ally have confidence in America’s ability to sort out its own problems, let alone the rest of the world’s?

A CHAMPION OF GLOBALISATION?

This is a major opportunity for China to pose as a champion of globalisation – even as a supporter of the fabled “rules-based international order”.

Perhaps one of the consequences of especially troubled times is that great powers think that “soft power” has little value. To judge from his actions, Trump plainly believes as much.

But many of us had begun to think China was an increasingly engaged and sophisticated foreign policy actor that recognised the importance of cultivating productive international relations.

True, the PRC was famously intolerant and repressive at home, but business elites around the world could hold their noses and make lots of money, nevertheless.

All of these tacit bargains are beginning to unravel. The domestic capitalist class in Australia has noticeably less influence in debates about China than they once did.

Likewise, those of us who quixotically argue for a more independent foreign policy position that treats both China and the US with a degree of caution are given even shorter shrift than usual.

READ: Commentary: US-China trade, once the thorn in bilateral ties, could now be the solution

READ: Commentary: This time China has no choice but to push economic reforms

Even those hard-headed commentators who argued that China’s strategic thinkers were playing a brilliant long game designed to culminate in global domination aren’t looking too good these days, either.

On the contrary, China’s leaders seem to have squandered the limited and hard-won soft power they managed to cultivate, for reasons that remain rather mysterious.

Given that not much of consequence happens without Xi’s say-so, the consequences of alienating and alarming just about everybody outside China could be serious for him and the PRC’s ability to achieve its goals – whatever they may be.

One of Dale Carnegie’s timeless pieces of advice for how to win friends was to admit you’re wrong if you stuff up.

Perhaps that’s why his book didn’t become a bestseller in a land where loss of face seems even more important than loss of influence.

Mark Beeson is Professor of International Politics at the University of Western Australia. This commentary first appeared on Lowy Institue’s blog, The Interpreter.