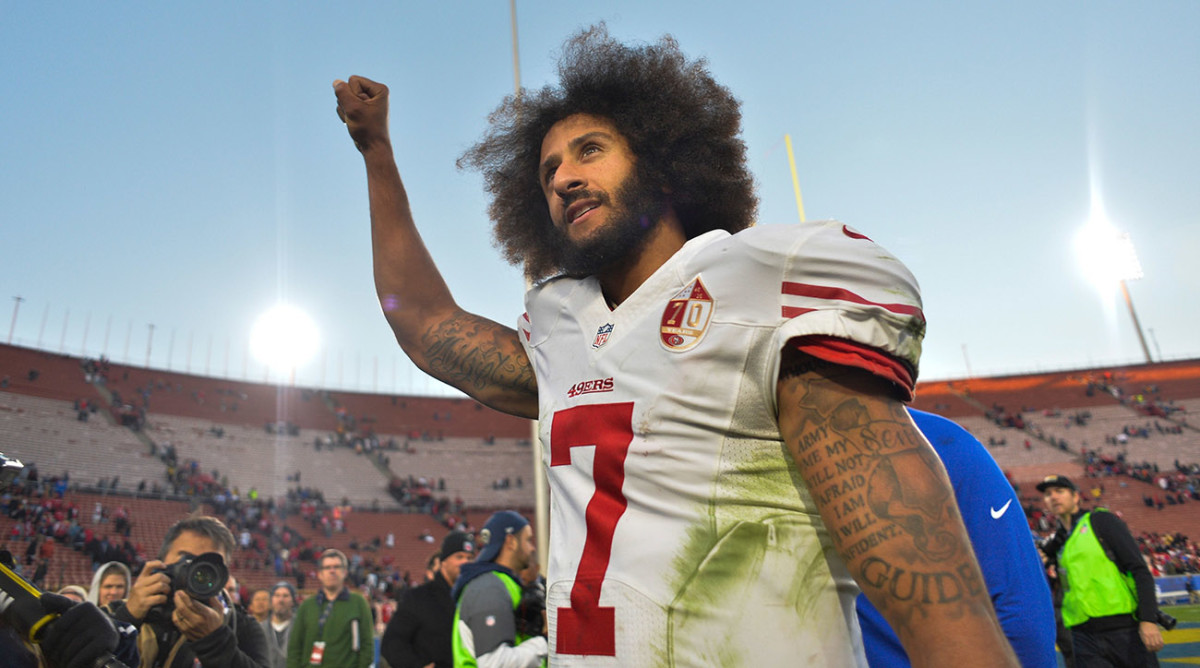 A limited series on the high school years of former 49ers quarterback Colin Kaepernick is coming to Netflix.

The six-episode series will focus on those formative years in his life and “[lend] meaningful insight into the acts and experiences that led him to become the activist he is today.” Filmmaker Ava DuVernay will team up with Kaepernick to create the limited scripted series Colin in Black & White. The QB will serve as the narrator.

“Too often we see race and Black stories portrayed through a white lens,” Kaepernick said in a statement. “We seek to give new perspective to the differing realities that Black people face. We explore the racial conflicts I faced as an adopted Black man in a white community, during my high school years. It’s an honor to bring these stories to life in collaboration with Ava for the world to see.”

Kaepernick’s activism gained national attention in 2016 when he began kneeling during the national anthem to peacefully protest racial injustice and police brutality. He has not played in the NFL since. In March 2019, Kaepernick and safety Eric Reid settled a case against the NFL after claiming the league colluded to not sign the QB following the 2016 season.

Kaepernick’s peaceful protests have returned to the spotlight in the wake of the killing of George Floyd in late May. Floyd, a black man, died after Minneapolis police officer Derek Chauvin placed his knee on Floyd’s neck for nearly nine minutes.

“With his act of protest, Colin Kaepernick ignited a national conversation about race and justice with far-reaching consequences for football, culture and for him, personally,” said DuVernay. “Colin’s story has much to say about identity, sports and the enduring spirit of protest and resilience. I couldn’t be happier than to tell this story with the team at Netflix.”

The series reunites DuVernay and Michael Starrbury, wh worked together on the Netflix series When They See Us based on the Central Park 5. Starrbury will write and serve as an executive producer on the Kaepernick series.