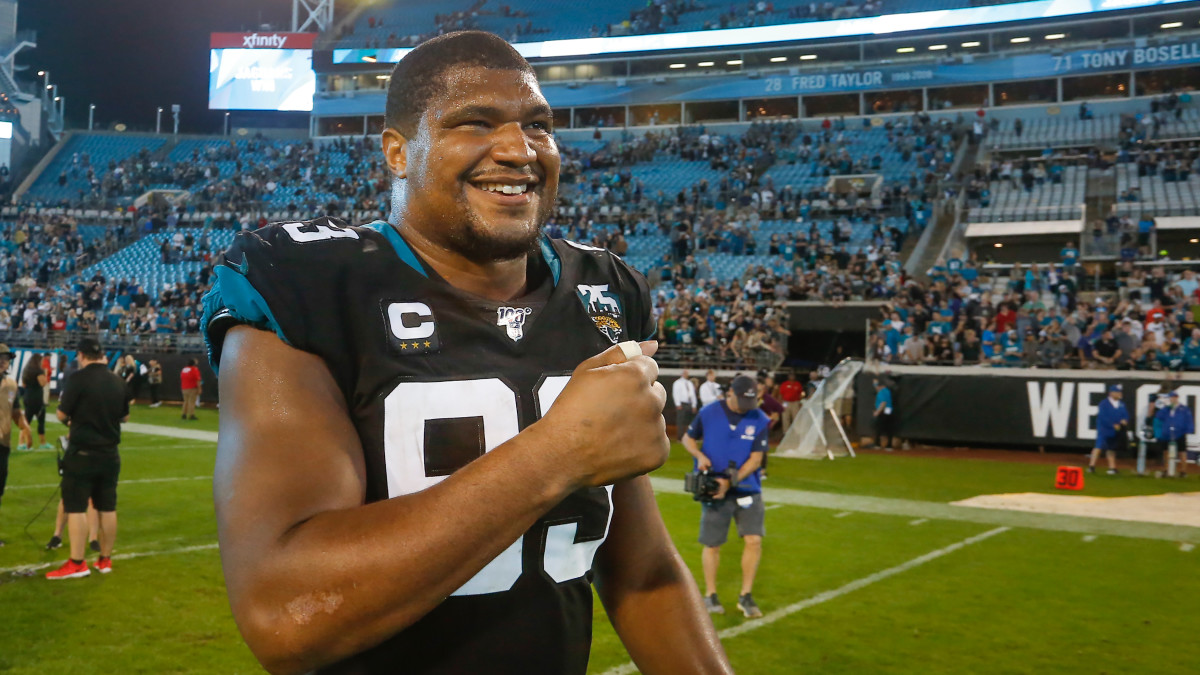 “Honestly, it’s a great situation to be in. The team is very, very talented,” he said. “I mean you look at Baltimore’s roster up and down, there is talent everywhere. … I think this is one of those times where, I’ve been playing football for 12 years and I’ve been close a bunch—you know, I’ve played in what, three championships games, one Super Bowl—but I haven’t been able to win it yet. So, I feel like, this team, as talented as it is, this is probably going to be the best shot I have.”

The Jaguars traded Campbell to the Ravens in March for a 2020 fifth-round draft pick.

The five-time Pro Bowler has appeared in one Super Bowl and three conference championships over his 12-year career. Campbell’s rookie season with the Cardinals in 2008 ended in a 27-23 loss to the Steelers in Super Bowl XLIII. He later appeared in the 2015 NFC Conference Championship against the Panthers, but Arizona lost 49-15. In the 2017 AFC Championship, Campbell’s Jaguars fell to the Patriots 24-20.

The Ravens, anchored by MVP quarterback Lamar Jackson, went 14-2 in 2019 before falling to the Titans in the AFC Divisional Round. Now entering his 13th season, Campbell said his experience in the league can help younger players learn to repeat their success.

“I have some experience I can share with the guys. You know, ’cause going 14-2, but not winning, you don’t get to start back at 14-2, you gotta start back at 0-0. You have to earn your way to that level again,” he said. “I feel like I have have a lot of experience over the years of the good and bad and just how to prepare and stay focused. … Right now it really comes down to maturity, who’s gonna put the time in, put the effort in to be able to put themselves in position when we do come back not to miss a beat, to be able to just pick up and go. I don’t know if a lot of people are doing that right now, but I really feel like in Baltimore, we’re in a really good position.”