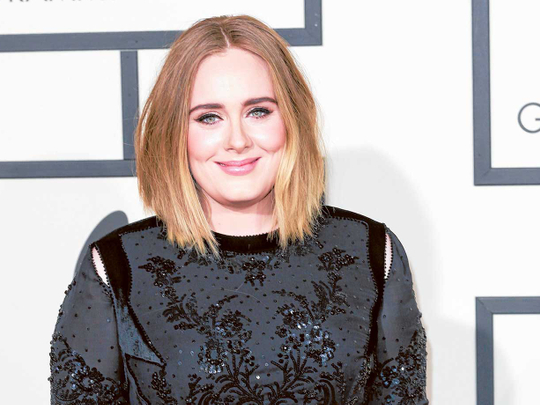 We sadly can’t expect a new album from Adele anytime soon thanks to the COVID-19 outbreak, but that doesn’t meet we can’t reminisce about the good old days — and the singer feels the same way.

In her recent Instagram post, the ‘Rolling in the Deep’ singer was seen revisiting her 2016 Glastonbury performance.

In the first picture, she is clad in the standard quarantine uniform — an oversized T-shirt and sweatpants — while enjoying the show in front of the TV. In the next image, however, the singer seems to have pulled out a special something from her closet; the gorgeous embroidered Chloe dress that she wore at Glastonbury.

Adele can be seen having a grand time dancing in the georgette dress, which was created specifically for her and took over 200 hours to create, according to People.

Earlier, Adele had posted a picture of herself from the 2016 Glastonbury show, which led fans to believe that something was coming from the singer.

Adele replied in the negative: “Of course it’s not… Corona ain’t over. I’m quarantining. Wear a mask and be patient.”