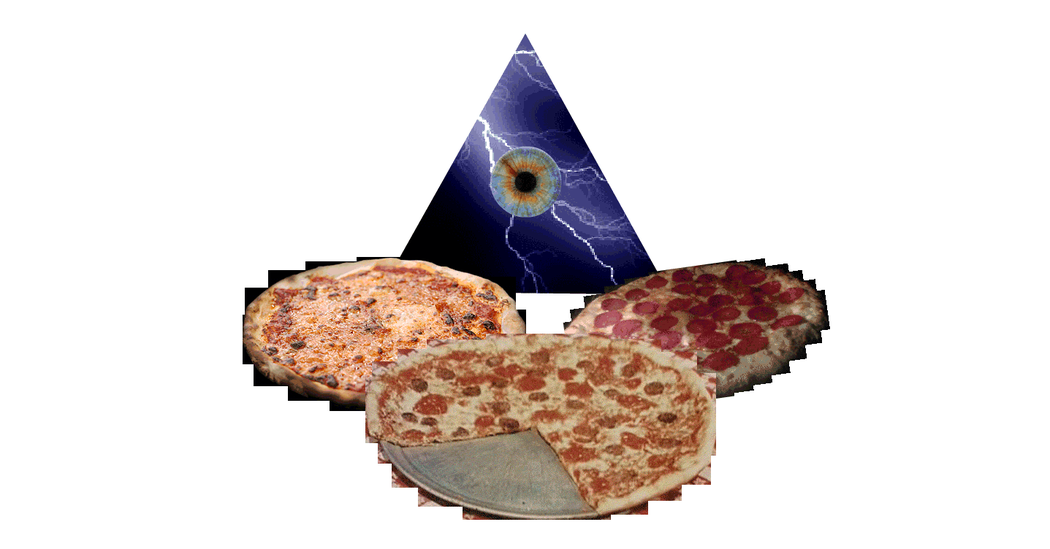 One of social media’s early conspiracy theories is back, but remade in creatively horrible ways.

“PizzaGate,” a baseless notion that a Washington pizza parlor was the center of a child sex abuse ring, leading to a shooting in 2016, is catching on again with younger people on TikTok and other online hangouts, my colleagues Cecilia Kang and Sheera Frenkel wrote.

I talked to Sheera about how young people have tweaked this conspiracy and how internet sites help spread false ideas. (And, yes, our names are pronounced the same but spelled differently.)

Shira: How has this false conspiracy changed in four years?

Sheera: Younger people on TikTok have made PizzaGate more relatable for them. So a conspiracy that centered on Hillary Clinton and other politicians a few years ago now instead ropes in celebrities like Justin Bieber. Everyone is at home, bored and online more than usual. When I talked to teens who were spreading these conspiracy videos, many of them said it seemed like fun.

If it’s for “fun,” is this version of the PizzaGate conspiracy harmless?

It’s not. We’ve seen over and over that some people can get so far into conspiracies that they take them seriously and commit real-world harm. And for people who are survivors of sexual abuse, it can be painful to see people talking about it all over social media.

Have the internet companies gotten better at stopping false conspiracies like this?

They have, but people who want to spread conspiracies are figuring out workarounds. Facebook banned the PizzaGate hashtag, for example, but the hashtag is not banned on Instagram, even though it’s owned by Facebook. People also migrated to private groups where Facebook has less visibility into what’s going on.

Tech companies’ automated recommendation systems also can suck people further into false ideas. I recently tried to join Facebook QAnon conspiracy groups, and Facebook immediately recommended I join PizzaGate groups, too. On TikTok, what you see is largely decided by computer recommendations. So I watched one video about PizzaGate, and the next videos I saw in the app were all about PizzaGate.

TikTok is a relatively new place where conspiracies can spread. What is it doing to address this?

TikTok is not proactively going out and looking for videos with potentially false and dangerous ideas and removing them. There were more than 80 million views of TikTok videos with PizzaGate-related hashtags.

The New York Times reached out to TikTok about the videos, pointing out their spike. After we sent our email, TikTok removed many of the videos and seemed to limit their spread. Facebook and Twitter often do this, too — they frequently remove content only after journalists reach out and point it out.

Do you worry that writing about baseless conspiracies gives them more oxygen?

We worry about that all the time, and spend as much time debating whether to write about false conspiracies and misinformation as we do writing about them.

We watch for ones that reach a critical mass; we don’t want to be the place where people first find out about conspiracies. When a major news organization writes about a conspiracy — even to debunk it — people who want to believe it will twist it to appear to validate their views.

But to ignore them completely could also be dangerous.

Tip of the Week

Brian X. Chen, a consumer technology writer at The Times, has annoying but necessary medicine to better protect ourselves online.

Everybody needs to use a password manager, a piece of software that helps you come up with complex passwords for all of your internet accounts and secures them in a digital vault.

I’m not exaggerating. I mean everyone — from our grandparents to the most tech savvy gearheads.

You know that you shouldn’t reuse the same password across multiple accounts. If you do and just one company gets hacked, all of your other accounts are also vulnerable.

But let’s be real: Everybody reuses passwords, or just changes a number or two at the end. An On Tech reader, Rob Brennan in Montreal, recently wrote in asking for help because he’s now visiting more and more sites that require passwords. Another reader said that he creates complex passwords and then has a hard time remembering them. Yes, of course.

It’s not your fault. Blame the tech companies and the digital security community for not coming up with something better than the antiquated, hopelessly broken password as a way to prove who we are online.

Until there’s a better way, the best thing you can do is download a password management app like 1Password or LastPass onto your mobile devices and computer. (People who have Apple phones and computers also have the option of iCloud Keychain. It works only on Apple devices, but it’s better than nothing.)

To guide you through this process, both The Times’s product recommendation site Wirecutter and I have written articles on getting started with password management apps. I’m warning you: This is a huge chore. For those of us with dozens of internet accounts, you will have to log in to every one of them and manually change each password.

These password management apps, however, simplify that process by generating a complex, unique password for you and saving your login details.

Just take on this task once, and your digital life will be much safer for years to come.

Sometimes, TikTok is just a place to show your wacky cat stuck in a chandelier.