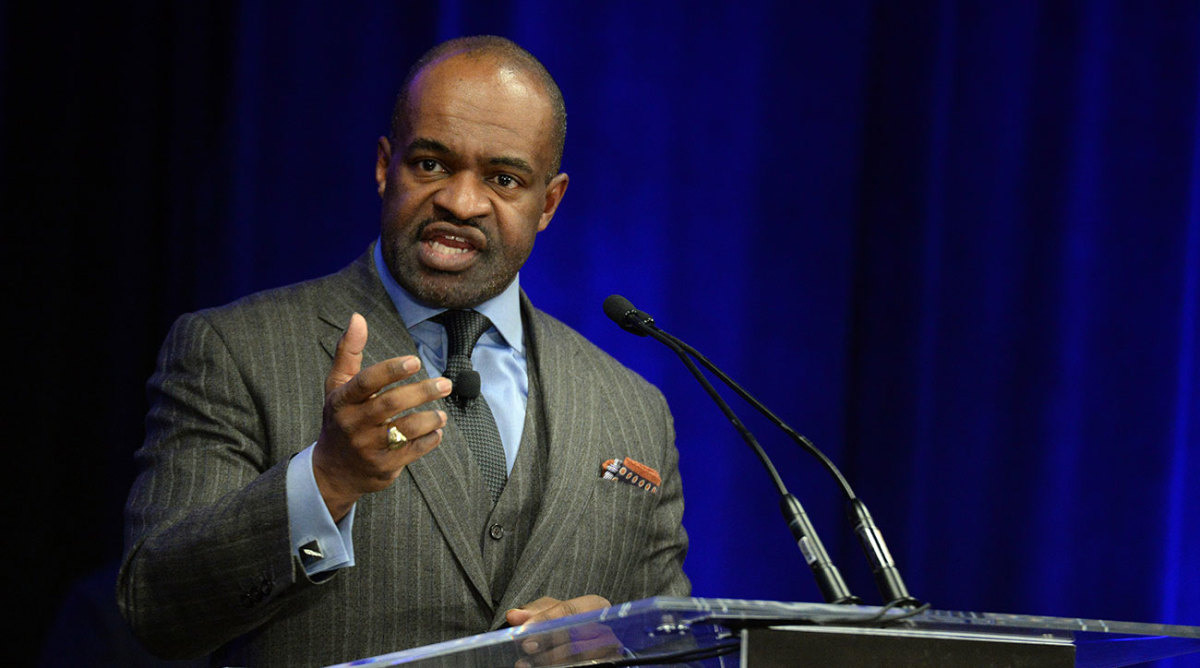 NFL Players Association president DeMaurice Smith is not thrilled to continue seeing players working out in groups despite a recent recommendation from the NFLPA against such workouts.

On June 20, the NFLPA’s medical director, Dr. Thom Mayer, issued a statement telling players to avoid working out with each other to prevent the spread of COVID-19. Mayer’s memo was issued following positive coronavirus tests from at least 10 teams.

“For some of the players who’ve practiced,” Smith told USA Today, “we’ve made sure they’ve heard the message.”

Despite a recent surge in positive coronavirus tests in Florida, and in other parts of the country, NFL commissioner Roger Goodell said Thursday that the league plans to start training camp on time next month.

Training camp will open on July 28 and rookies and selected players will be allowed to show up earlier. NFL Network’s Ian Rapoport reported Wednesday night that the NFL and NFLPA were reportedly negotiating what camp would look like and how the protocols would be handled amid the coronavirus pandemic.

“We’re setting up a very ambitious testing program. …Testing alone will not be sufficient to keep everyone healthy,” Sills said.

The NFL’s preseason opener, the Hall of Fame Game, initially scheduled for Aug. 8, was canceled earlier this week.