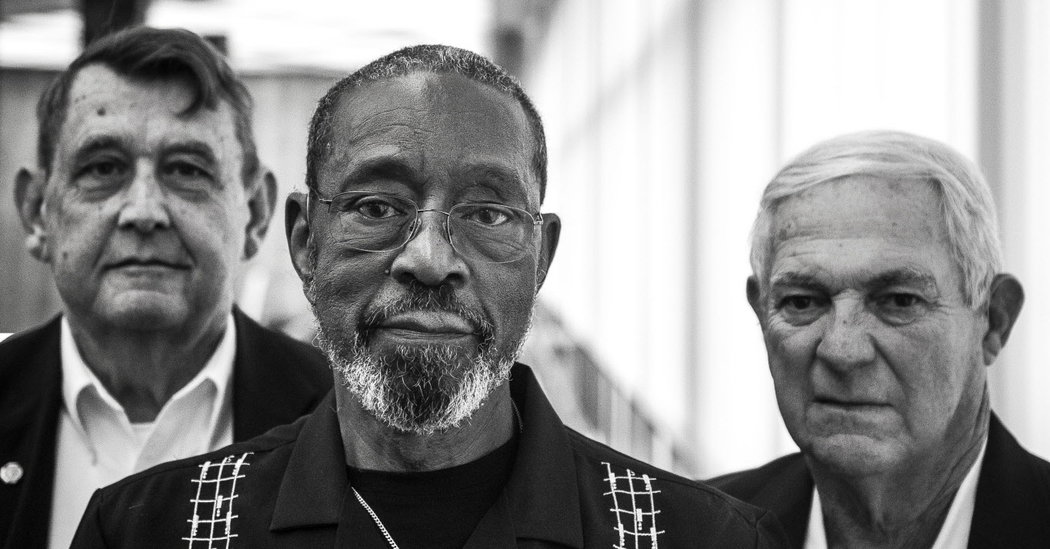 Mr. East had been a guard at the Embassy for nearly two years and had grown to love Cuba. “You thought about the good times, the people you met, the friendships,” he said in a State Department video a few days before the 2015 flag-raising. But his fond memories extended beyond that.

Mr. East had been one of only two African-Americans in his training class for Embassy guards at Parris Island, S.C., in 1959.

Mr. Arizmendi said that Mr. East, who was born and raised in Mobile, Ala., told him “how shocked he was in Cuba at what he perceived to be racial equality and how different it was from what he had seen growing up in the Deep South.”

Francis Woodie East, known as Mike, was born on Oct. 8, 1938, one of five children of Jacob and Sally (Robbins) East. He enlisted in the Marines out of high school, served two tours in the Vietnam War as a motor transport maintenance chief and was later a Marine recruiter.

He retired from the military as a gunnery sergeant after 22 years of service and later worked as a letter carrier in Memphis, where family members had settled in the early 1970s.

In addition to his son Stanley, Mr. East is survived by his wife, Alice (Harris) East, a nurse and schoolteacher; his son Michael; a sister, Dora Miller; a brother, Alphonse; three grandchildren; and a great-grandson.

Jim Tracy, a combat veteran of the Vietnam War, spent 30 years in the Marine Corps, retired as a master gunnery sergeant and now lives in Alabama. Asked Sunday whether he had thought that he and the other two Marine guards might one day be hoisting a flag again in Cuba, he replied, “We said it when we took it down.”