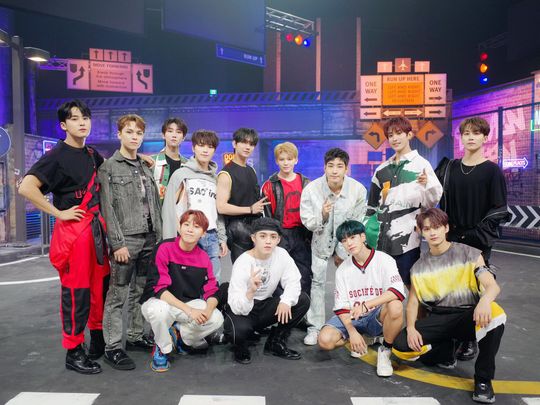 While the band focused on the concept of fear in their previous album, the newest EP is a refreshing, brighter take, incorporating a supportive and comforting message to youth celebrating dreams and life’s challenges.

The optimistic lead track itself is a message directed towards youth going left and right during uncertain and pivotal moments in their life. It encourages listeners to release their anxieties and reach for their dreams with their strength.

Featuring mostly bright and encouraging tracks, ‘Heng:garae’, which loosely translates to the act of tossing someone up in the air in celebration in Korean, was poised to be a commercial success prior to its availability in South Korea.

It reportedly broke the band’s previous record by surpassing 1.06 million domestic presales. Additionally, it has sold more than 1 million copies within just five days of its release, according to music sales tracker Hanteo Chart. As of Friday, it added that they became the third music artist in Hanteo history to sell more than 1 million album sales during its first week.

‘Heng:garae’ undoubtedly resonated with their local Carat fandom. Not only did the lead track reportedly top various Korean music charts such as Melon, Bugs and Genie, but also the EP soon climbed to the top of the UAE iTunes all-genre, Pop and K-Pop albums chart.

The multifaceted ‘self-producing idols’ band — consisting of Dino, Jun, Jeonghan, S.coups, Mingyu, DK, Woozi, Joshua, Seungkwan, Wonwoo, Vernon, The 8, and Hoshi — continue to push themselves creatively, from their flawless performances to their songwriting and production. ‘Heng:garae’ is no different.

Their newest EP is their latest since last September’s ‘An Ode’, which also charted high on the UAE iTunes albums chart. It also marks their first return since their agency Pledis Entertainment was acquired by powerhouse Big Hit Entertainment — home to K-Pop groups BTS and TXT.