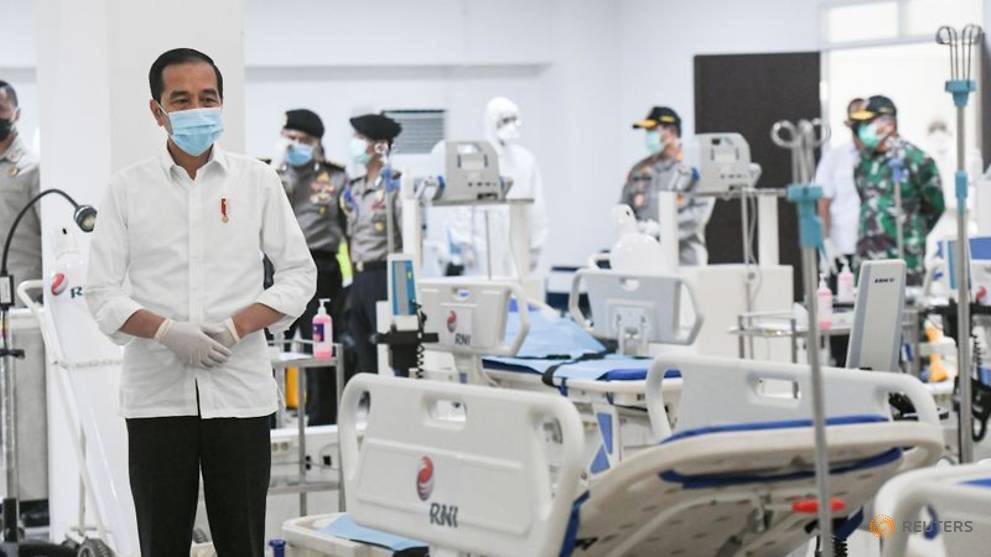 JAKARTA: Indonesian President Joko Widodo has told his Cabinet he is ready to reshuffle ministers or even disband government agencies that he feels have not done enough to fight the coronavirus outbreak, according to his office.

Widodo made the remarks in a Cabinet meeting on Jun 18, the video of which was released by his office on Sunday (Jun 28).

“I see that many of us are working as though things are normal. That’s what’s irritating me. Don’t you have feelings? This is a crisis,” Widodo said in the video.

“I will take any extraordinary measures for our 267 million people, for the nation. It can be disbanding agencies, can be a reshuffle, I have thought of everything,” he said, adding that he may also issue more emergency rules if needed.

The president also complained to his ministers of slow government spending in the face of a dire global economic outlook.

New COVID-19 cases in Indonesia continued to rise even as the country eased movement restrictions and allowed some re-openings of businesses this month.

On Saturday the country reported its biggest daily rise in infections with 1,385 new cases, and reported another 1,198 on Sunday, taking the total to 54,010 so far. It has recorded 2,754 deaths, the highest in East Asia outside China.

Southeast Asia’s largest economy may fall into a recession this year due to the economic fallout of the coronavirus pandemic, government officials say, sending millions into poverty.