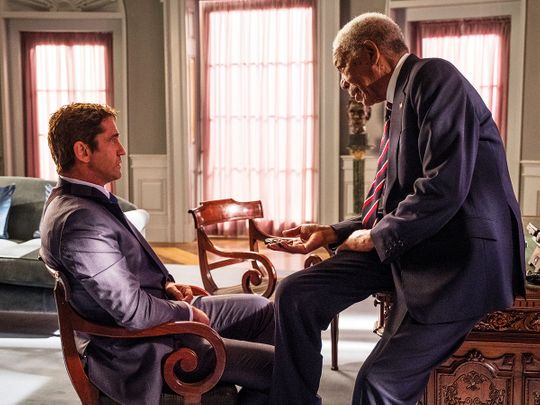 Gerard Butler has revealed that the sequels to his films, ‘Angel Has Fallen’ and ‘Den of Thieves’, are being developed.

In an interview with Entertainment Weekly, Butler said they are “toying” with the idea for a fourth film.

“I think you will be seeing another. We’re toying away with another really fantastic idea that we’re working on at the moment that obviously we can’t say too much about,” the actor said.

Butler also talked about his 2018 action-crime movie ‘Den of Thieves’, saying that the film’s director, Christian Gudegast is actively working on its sequel.

“We’re working on that script at the moment, and I’m getting pages daily from Christian. It’s a fun ride, spreading across North America into Europe and the diamond district of Marseilles.

“It’s very cool and has a more European vibe this time. All the fun characters, Big Nick, Donnie, and Lobbin’ Bob (Jordan Bridges), will be back. And I’m really excited about it,” the actor said.

Butler is currently looking forward to the release of his upcoming feature ‘Greenland’. The movie is scheduled to be released in the US on August 14.