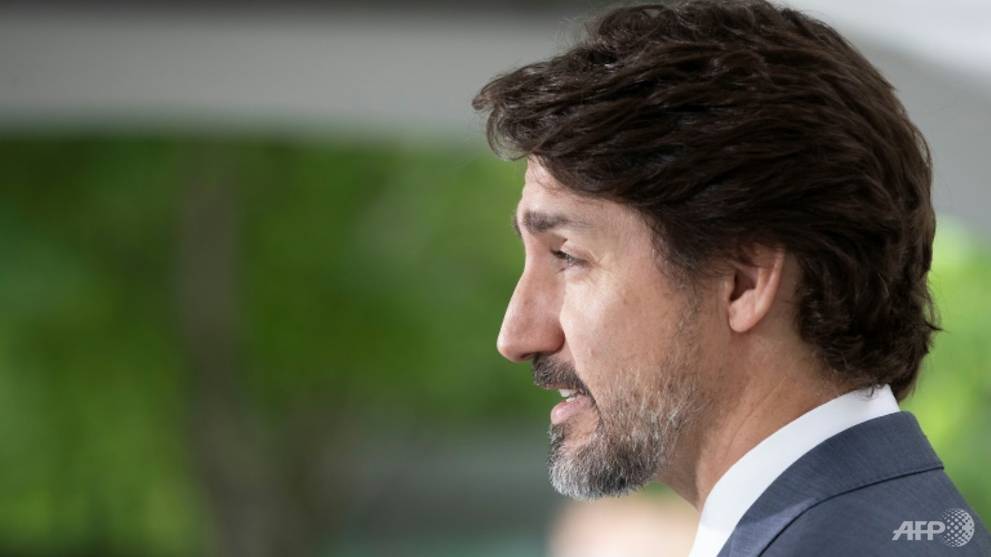 MONTREAL: The wife of one of two Canadians imprisoned in China said on Sunday (Jun 28) she is “disappointed” by Prime Minister Justin Trudeau’s refusal to consider a swap for a detained Huawei executive facing extradition to the United States.

Trudeau firmly rejected appeals that he intervene in the extradition proceedings against Meng Wanzhou, Huawei’s chief financial officer, in order to win the release of Canadians Michael Kovrig and Michael Spavor.

Trudeau said such a decision would put other Canadians around the world at risk by showing that Ottawa can be influenced by “random arrests.”

In an interview with the CTV network, Kovrig’s wife, Vina Nadjibulla, said the Canadian government should both try to gain her husband’s and Spavor’s release and protect other Canadians from arbitrary arrest.

“We can do both,” she said. “It isn’t a question of, ‘We need to do everything we can to release Michael,’ or, ‘We protect Canadians in the future.’

“Both have to be on the table, and the government has a responsibility to do both,” she said.

Nadjibulla added: “There is no cost-free solution. We have to pay a price. The question becomes, who pays the highest price, and at the moment Michael Kovrig and Michael Spavor are paying that price, and I believe Canadians understand that that is fundamentally unfair and unjust.”

After long refraining from comment, Nadjibulla recently broke her silence to demand her husband’s freedom.

She said she was pleased that a debate in Canada had been opened with a letter in which some 20 public figures called on the government to send Meng back to China to obtain the release of the two Canadians.

“Even though I’m disappointed that the PM said no to this particular solution,” Nadjibulla said, “I’m glad that we finally have a conversation on what can be done and options that can be explored to resolve Michael’s prolonged and painful detention.”

Meng was arrested in December 2018 in Vancouver at the request of the United States, which accuses her of violating US sanctions against Iran and engaging in bank fraud.

Kovrig, a former diplomat, and Spavor, a consultant and businessman, were arrested in China days later. They were recently formally charged with espionage.

Their detention is considered in the West as retaliation for Meng’s arrest, which Beijing has repeatedly denied.

In a message posted on Saturday on its embassy website in Ottawa, China insisted the two matters are “totally different.”

It called on Canada to stop making “irresponsible remarks” about the detained Canadians, and using “megaphone diplomacy” to pressure China.