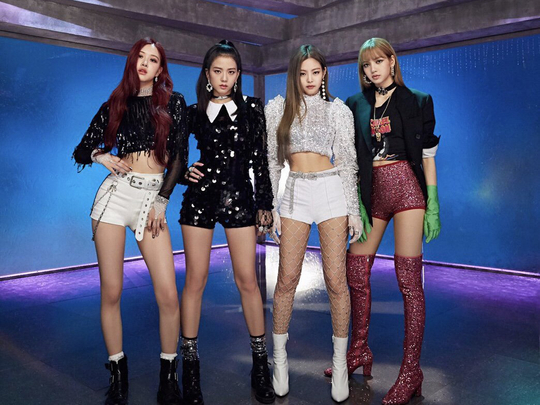 K-Pop sensation BlackPink returned from their impending comeback, this time raising the bar even higher with their highly-awaited pre-release track ‘How You Like That’ and dramatic, aesthetically-pleasing music video unleashed on Friday.

According to the band’s label and management agency YG Entertainment on its official website the message behind the hip-hop infused single is “to move forward and rise up in any bad circumstances”.

Written by TEDDY and Danny Chung, the track starts off with orchestral sounds and blends EDM with their signature sound as the song progresses. It also includes Arabic instrumentals during member Lisa’s second verse rap and a traditional souk in the music video.

And without a doubt, their momentous comeback created global buzz online and maintained a winning streak in their homeland and, of course, in the UAE.

Adding to their record-breaking list in their already remarkable career, the single shot to the top of the UAE iTunes songs chart and in 59 other countries, setting an all-time record for a K-Pop girl group, according to YG Entertainment.

The same day of its release, their music video, which reportedly scored the biggest premiere in YouTube history, was top trending in the UAE.

The fashionable foursome’s comeback has been long-awaited, considering their last comeback as a full group was with 2019 EP ‘Kill This Love’ — approximately a year and two months. Last month, the quartet collaborated with Lady Gaga on her track ‘Sour Candy’, which also topped the UAE iTunes songs chart.

As part of their three-tier scheme, another single will drop sometime between July and August before dropping first full-length album in September. Solo projects from Rosé, Lisa and Jisoo are also set to drop later this year.

BlackPink are a respected force within K-Pop — both domestically and internationally. Since debuting in 2016, Jisoo, Jennie, Rose and Lisa have been breaking records and have released hits such as ‘Ddu-Du Ddu-Du’ and ‘Kill This Love’. Along the way, they also built a legion of dedicated fans, collectively known as Blinks.