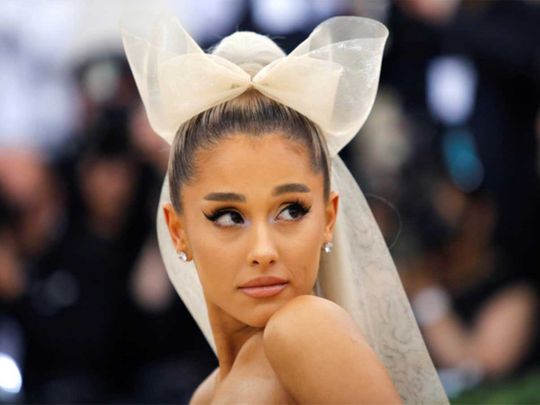 It seems we finally know who the ‘next’ in ‘thank u, next’ is. Singer-songwriter Ariana Grande has gone Instagram official with her new boyfriend Dalton Gomez and there are adorable pictures to prove it.

The pop star shared several sweet snaps with her latest beau as she celebrated her 27th birthday with a Midsommar-themed party.

Unlike Grande’s previous boyfriends — including stand-up comic Pete Davidson and late rapper Mac Miller — Gomez is out of the public eye and not a part of the entertainment industry.

WHO IS DALTON GOMEZ?

The tattooed 27-year-old is a successful luxury real estate agent in Los Angelos who is part of the Aaron Kirman Group. He grew up in South California.

Just last month, according to a screenshot in Elle, Gomez had nearly 5,000 Instagram followers. But he has now reduced his follower count by a few hundred, to just over 4,600. Grande is one of those followers.

The couple took their time going Instagram official. There were reports of them being spotted kissing as far back as March and have — according to sources — been dating for several months now.

But Grande, who turned 27 on June 26, has finally posted pictures of herself and Gomez on social media.

The singer-songwriter — who went to No 1 with her hit song ‘thank u, next’ in 2018 following her breakup from ‘Saturday Night Live’ comedian Davidson — had a lavishly decorated birthday party filled with colourful floral arrangements.

However, despite going Instagram official, Grande preferred to let the images speak for themselves and only used emojis in her captions.

On her latest solo selfie, Grande wrote: “Thankful and here and very much 27.”