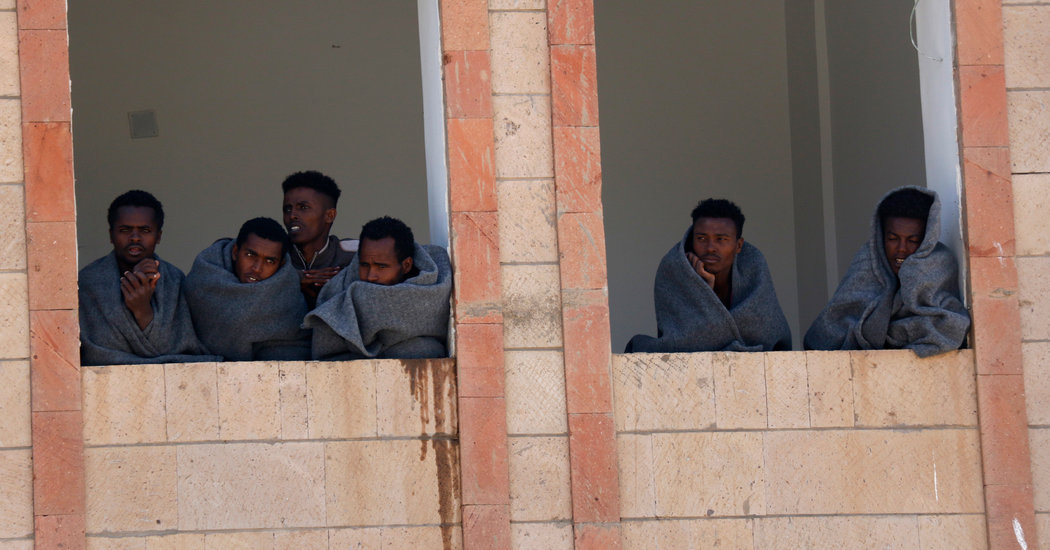 When the Houthis stormed into town in April, Mr. Jenni said he fled in his flip-flops, shoving $1,300 — all his savings — into his underwear.

Some of the migrants who ran from Al Ghar toward Saudi Arabia on April 8 estimated that the Houthis shot and killed at least 250 migrants that day. Another migrant, Ali Mohammed, 28, who recounted being chased off a farm in nearby Al Haydan, said only 57 of the 200 Ethiopians with him survived.

Authorities on both sides of the war have long found it easy to stigmatize African migrants as carriers of disease — first cholera, now coronavirus, which is consuming what remains of Yemen’s health care system. Though rumors of sick residents had been circulating for some time, the first person the Houthis confirmed had died from coronavirus in Yemen, in early May, was a Somali man.

“This kind of stigmatization on migrants is life-threatening,” said Mohammed Abdiker, the East and Horn of Africa director for the International Organization for Migration. Some migrants had been harassed for trying to get water or food, he added, and others blocked from getting medical care.

All spring, the Houthis have done little to curb the coronavirus, denying reports of mass deaths in their territory. Instead, humanitarian officials, local security officials and residents say, the Houthis have used it as an excuse to expel unwanted migrants, mostly Ethiopians, driving them toward the Saudi border or rounding up truckloads of people to dump outside Houthi land.

The I.O.M. estimates the northern authorities have arrested and relocated 1,500 migrants to southern Yemen over the past two months. Thousands are marooned in the southern port city of Aden, where, according to the organization, about 4,000 are living on the street, struggling to get food or water.

In April, according to local officials in Houthi territory, at least 390 were deported to Al Jawf, a governorate on the war’s front lines; from mid-April to mid-May, at least 486 were expelled south to the city of Taiz, where Houthi land meets that of Yemen’s Saudi-backed government.