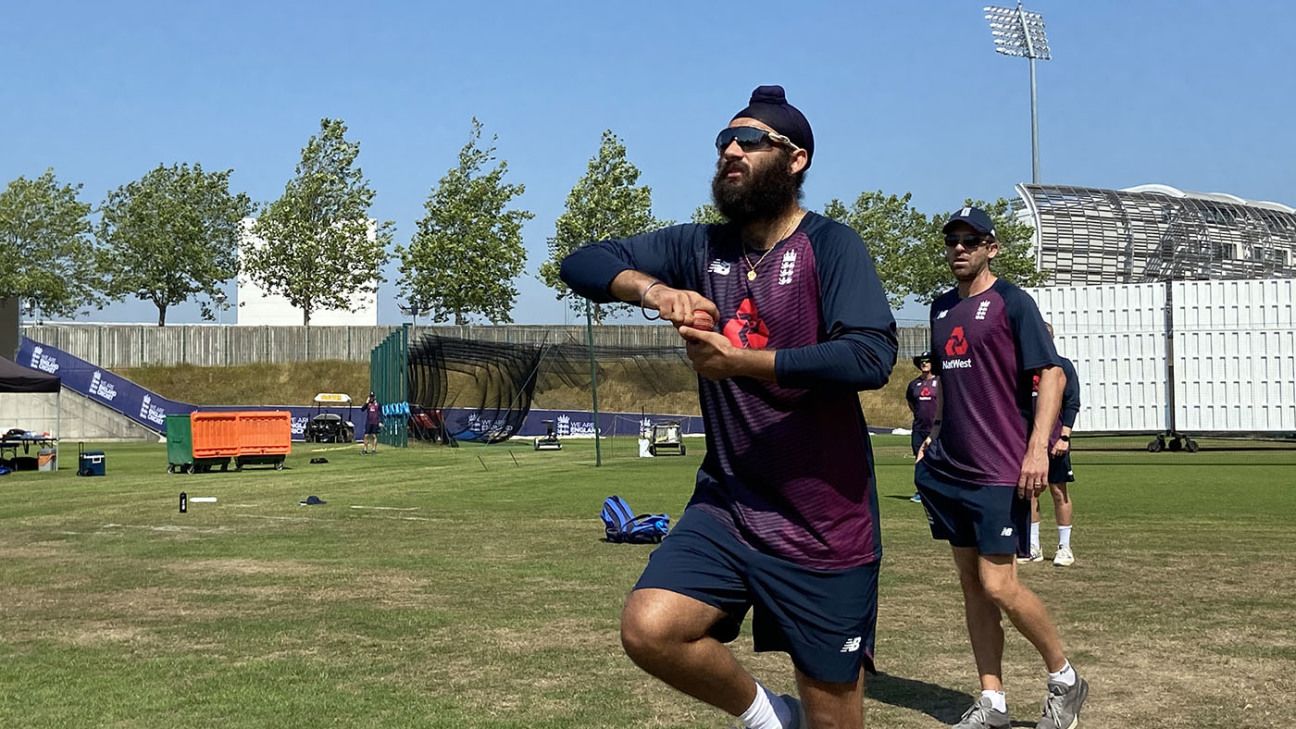 Amar Virdi, the Surrey offspinner, has said that club cricket in the UK is full of untapped talent from ethnic minority backgrounds and encouraged counties to be proactive in helping young players understand how to break into professional set-ups.

Speaking from England’s bio-secure bubble at the Ageas Bowl, Virdi detailed the challenges faced by cricketers from Asian backgrounds trying to play professionally, and said that it could be “very daunting” for players from minority backgrounds to play for bigger clubs.

“I started at Indian Gymkhana Cricket Club [in Osterley], which is a majority-Asian club, and I found it daunting moving to Sunbury which I did at about 12 years old,” Virdi said. “But it was the best move for my cricket, because it’s important to play at a standard where it’s recognised and you’ve got ex-pros at the club and you’ve got a lot of support.

“It’s changing now, but a maybe a lot of kids from minorities don’t go to private schools. Maybe they’re first or second generation here, maybe they might not be able to afford those opportunities. That also can be a problem because maybe they’re not being seen by people in the county set-up.”

Virdi emphasised the role that his own parents had played in his career to date, but said that one of the main stumbling blocks for young Asian players is that their families do not know how the county set-up works. His comments demonstrate that the lack of ethnic diversity at county clubs is a deep-rooted structural problem: Vikram Solanki became the first British Asian head coach at a county this month when he was appointed at Surrey, and Mark Alleyne remains the only black British man to do so this century.

“A lot of people don’t understand how much commitment it takes from a parent,” Virdi said. “If you’re at a private school, you’re getting cricket there on a weekly basis or a few times a week, but my school didn’t even play cricket, so that’s another avenue.

“I’m really lucky because my parents were really supportive. A lot of people’s parents are busy making ends meet, and they don’t have time necessarily to take their kids to practice, but I’m so thankful to my mum and dad that they took time to support me, driving me up and down the country, and without that I wouldn’t be here.

“A big thing, I think, that should be done is more education for the minority communities and for parents to know how the actual county system works. A lot of people I speak to don’t even know how to start. There’s so much talent, from so many different communities, it definitely needs to be tapped into.”

Virdi also suggested that a major stumbling block for a lot of Asian players in the UK was that they had grown up supporting a subcontinental side rather than England.

“A lot of it is to do with your mindset and definitely your upbringing,” he said. “Growing up a lot of people’s parents support India, for example, so you grow up supporting India or wherever you’re from or where your family background is. What’s fundamental is that even from a young age I’ve always supported England and that’s important to have that mindset firstly.”

If Virdi makes his Test debut this summer, as he thinks he can, he would become only the third Sikh to play for England after Monty Panesar and Ravi Bopara. The ECB’s South Asian action plan, devised in 2018 to help engage South Asians in the UK who feel there are barriers to entry within the game, stresses the need to “celebrate heroes”, and Virdi said that seeing someone who “looks very similar” in the England team growing up had spurred him on.

“Growing up I watched Graeme Swann and Monty [Panesar] bowling and that was very inspirational to me,” Virdi said. “Obviously with Monty as well because he looks very similar to me, especially being from the community that I am. We’re in a minority in a lot of industries so when you do see someone progressing and doing well in that particular field that you’re in, it really motivates you and shows you that can do it if they’re doing it as well.”