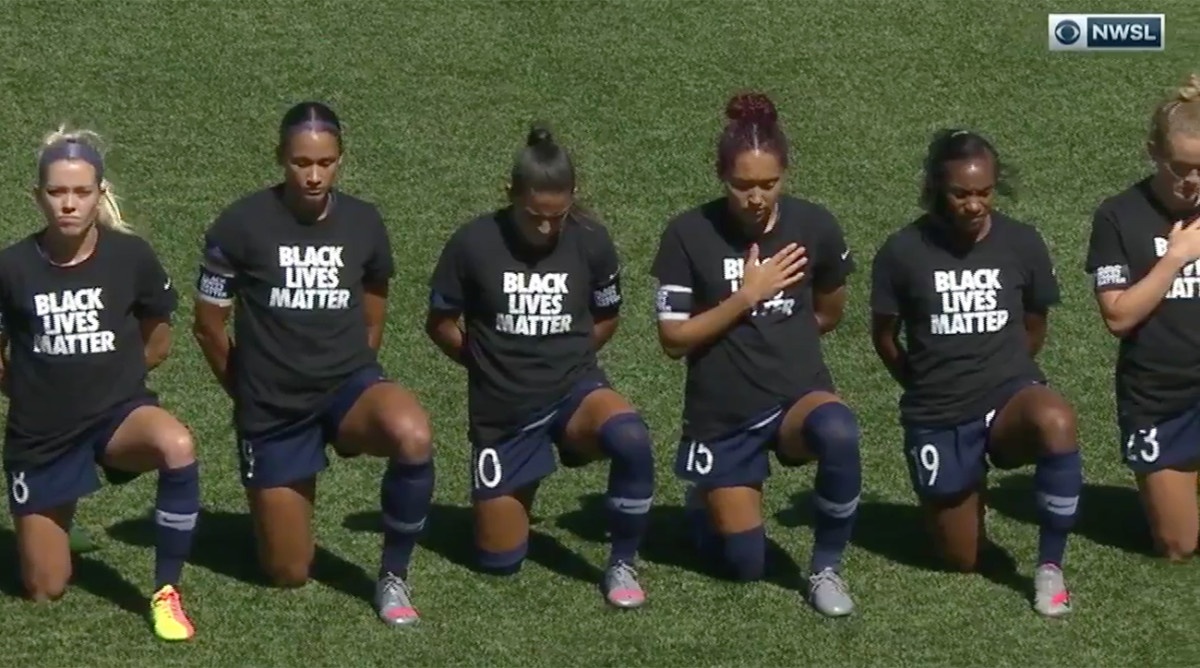 Members of the Portland Thorns and North Carolina Courage kneeled during the playing of the national anthem before Saturday’s game during the NWSL Challenge Cup.

Both teams’ starting lineups, as well as the bench players on the sidelines, kneeled as the anthem was being performed by a saxophone player live in the stadium. Players also sported Black Lives Matter shirts ahead of the game.

The teams’ choice to kneel comes after U.S. Soccer’s Board of Directors voted this month to repeal a policy that required players to stand during the national anthem. The policy was originally put in place after Megan Rapinoe knelt during the national anthem before a 2016 NWSL game. Rapinoe knelt to support then-49ers quarterback Colin Kaepernick in his protest efforts, saying she sympathized with his feelings toward the anthem, and the responses he received as a result of kneeling.

The NWSL becomes the first American pro sports league with contact to return to action after the coronavirus shutdown with play kicking off this weekend in Utah. The league’s active eight clubs are participating after the entire Orlando Pride squad withdrew on Monday after multiple players and staff tested positive for the coronavirus.