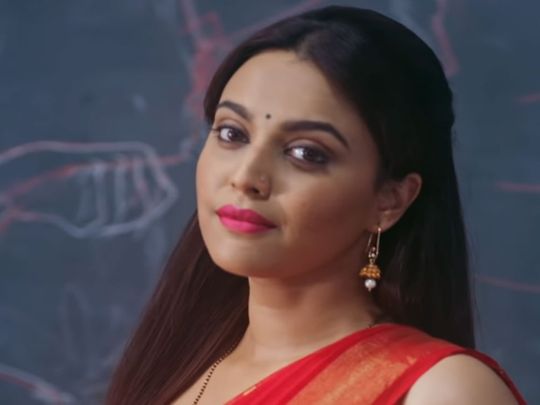 The ‘Veere Di Wedding’ actress responded to Joshi’s critique, where he singled out the show for producing “irresponsible content”, while lamenting over a particular scene that depicted a young girl dancing in front of grown men.

Bhasker responded to Joshi on Twitter, explaining the show’s premise and the scene in particular, saying in Hindi that he may have misunderstood it. Bhasker goes on to explain that the way makers depicted the scene is the exact opposite of what Joshi has described.

The actress further adds that the child in the scene is in fact dancing at her own free will. Despite the dance not being provocative, her father feels embarrassed after seeing this. She is simply dancing and has no idea about how society will sexualise her.

The web series follows the story of an English teacher (played by Bhasker), who causes a stir when one of her students falls in love with her.

Social media appears divided on the show, with some calling it tasteful, while others are criticising the content, with Twitter user Aadhira Speaks posting: “To destroy a Generation, shortest route is defaming Teachers. Teaching is a noble profession. #Rashbhari is an insult to every teacher & the entire education system. I teach in a college, it’s embarrassing. High time Govt starts controlling webseries. [sic]”