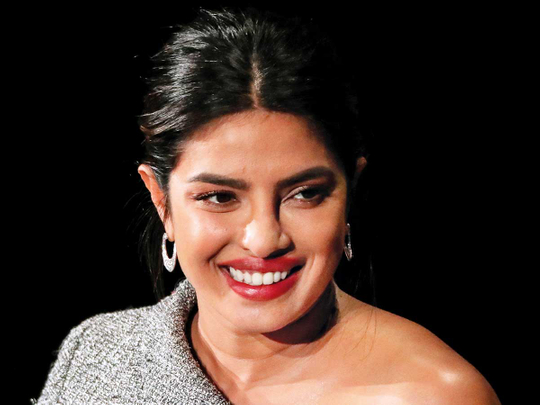 As the hashtag #JusticeForJayarajandBennicks (and the corresponding #JusticeForJayarajandFenix) trends on social media in an alleged police brutality case that resulted in the deaths of a father-son duo in the Indian state of Tamil Nadu, Bollywood stars have spoken out demanding justice for the family members wo died in police custody.

Priyanka Chopra Jonas was one of the most notable voices to speak out against the incident, posting a note on her social media accounts, asking for the perpetrators to be brought to justice.

“Reeling from what I’m hearing. Absolutely stunned sad and angry. No human being deserves such brutality whatever be their crime. The guilty must not be allowed to go unpunished,” she posted.

The actress, who many have accused in the past for keeping mum on Indian issues, further added: “We need facts. I cannot even begin to imagine what the family must be going through. Sending strength and prayers. We need to use our collective voices to seek #JusticeForJayarajandBennicks.”

Bollywood actor Taapsee Pannu also lent her voice to the cause, saying: “This might just be one case out of many but it takes only one case to begin the snowball effect. It could’ve been anyone we know. Details are scary and gut wrenching.”

Actor and comedian Vir Das, who has been vocal about social causes in the past, also tweeted: “What happened to a father and son at the hands of those policemen is wrong at every human level and every single person irrespective of place of origin or political belief needs to stand up for them. It is plain horrific and wrong. DEMAND action.”

On June 19, police took Tuticorin resident and mobile phone shop owner Jayaraj and his son Bennicks (aka Fenix) into custody for allegedly flouting lockdown rules amidst the COVID-19 pandemic.

India Today reports that police officials said the duo was held for keeping their mobile accessories shop beyond permissible hours on June 19, resulting in a First Information Report of a FIR filed against them.

Over the corresponding days and while in police custody, it is alleged the father and son were brutally beaten up, with friends of Bennicks giving statements they saw the latter covered in blood. While an investigation into their deaths is currently underway, some reports also allege the duo were sexual abused as well.

As reports of their deaths came to light, shops in Tuticorin remained shut as a mark of protest, with demonstrators taking out a rally against police brutality last week.

With details of the case emerging, more and more celebrities are lending their voice to the cause and demanding an investigation into the deaths of the Jayaraj and Bennicks. While the inquiry is underway, the officers involved have been suspended, with calls for reforms in the judicial remand system.

However, this isn’t enough for several of the celebrity voices.

Filmmaker Nikhil Advani also spoke up, saying: “Ruthless, horrific beating to death in #Tuticorin is one more chapter in the systemic violence prevalent in police stations across India. Sadly, institutions that should provide hope — public hospitals and police are actually the most hopeless.”

Bollywood actor and TV host Neha Dhupia questioned: “Is just the suspension of these policemen enough? Isn’t there crime more heinous than those who were trying to make a livelihood? We are outraged by the extent of brutality…”

Meanwhile, Genelia Deshmukh posted a message, which was retweeted by her husband Ritesh Desihmukh: “I am so so shocked and pained and to a large extent just unsure, how we have become such a horrible race.. This incident is so brutal, it actually breaks my heart.. Just not done.”

Cricketer Shikhar Dhawan also spoke up, posting: “Horrified to hear about the brutality inflicted upon Jeyaraj & Fenix in Tamil Nadu. We must raise our voice and make sure justice is given to the family.”