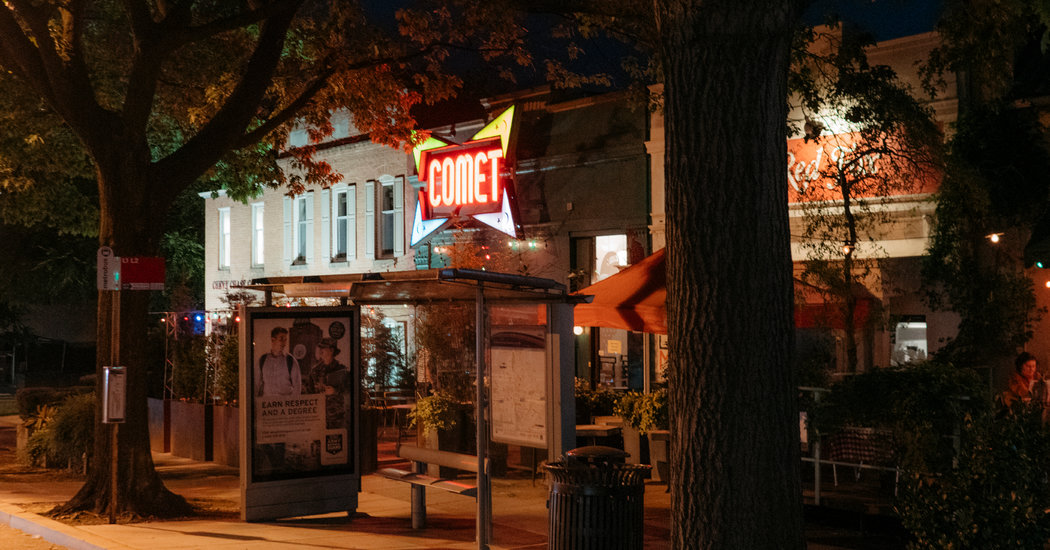 But starting in April, a confluence of factors renewed interest.

A documentary promoting PizzaGate, “Out of Shadows,” made by a former Hollywood stuntman, was released on YouTube that month and passed around the QAnon community. In May, the idea that Mr. Bieber was connected to the conspiracy surfaced. Teenagers on TikTok began promoting both, as reported earlier by The Daily Beast.

A week ago, Rachel McNear, 20, watched “Out of Shadows,” which has garnered 15 million views on YouTube. She then turned to Twitter, where she came across Mr. Bieber’s supposed association with PizzaGate. After reading more on Instagram, YouTube and Facebook, she created a one-minute description of her research on the topic and posted it to TikTok on Monday.

“The mainstream media uses words like conspiracy theory and how it is debunked but I’m seeing the research,” Ms. McNear, of Timonium, Md., said in an interview.

Her video was taken down on Wednesday when TikTok removed the #PizzaGate hashtag and all content searchable with the term. A TikTok spokeswoman said such content violated its guidelines.

That same day, Facebook also expunged PizzaGate-related comments under Comet Ping Pong’s page after a call from The Times.

YouTube said it had long demoted PizzaGate-related videos and removes them from its recommendation engine, including “Out of Shadows.” Twitter said it constantly eliminates PizzaGate posts and had updated its child sexual-exploitation policy to prevent harm from the conspiracy. Facebook said it had created new policies, teams and tools to prevent falsehoods like PizzaGate from spreading.

Teenagers and young adults, many of whom are just forming political beliefs, are particularly susceptible to PizzaGate, said Travis View, a researcher and host of the “QAnon Anonymous” podcast, which examines conspiracy theories. They are drawn to celebrity photos on tabloid sites and Hollywood blogs to uncover PizzaGate’s supposed secret symbols and clues, he said. Even a triangle — which can signify a slice of pizza — can be taken as proof that a celebrity is part of a secret elite cabal.