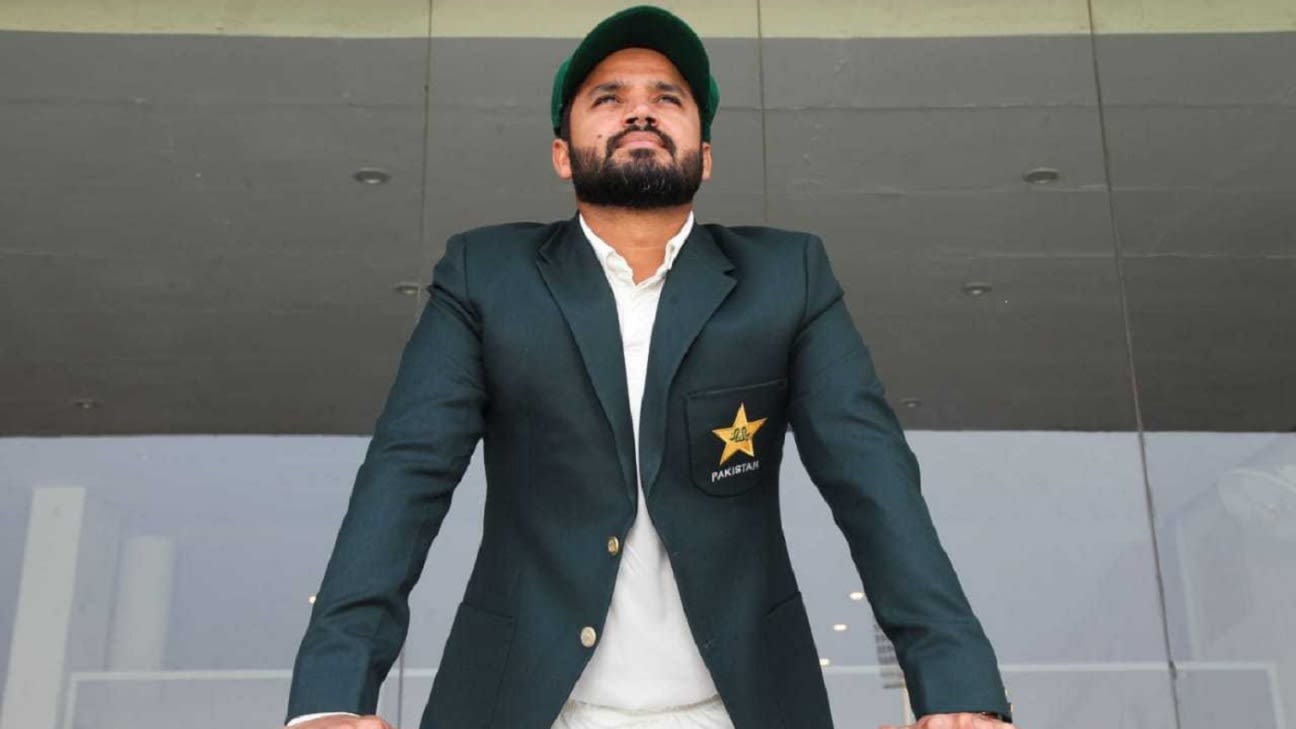 Pakistan Test captain Azhar Ali has said he and his team-mates made a pact during lockdown to keep their fitness intact so that the moment cricket could resume they would all be ready.

The Pakistanis haven’t played any competitive cricket since the Pakistan Super League was halted due to the Covid-19 pandemic in March earlier this year. However, with a tour of England on the horizon, some players have been working out at makeshift home gyms while those based in Lahore have been using the Qadar academy and the head coach Misbah-ul-Haq‘s private net facility.

Once Pakistan’s primary squad arrives in the UK, they start with two weeks of quarantine at Worcester, during which they’ll be able to train, and then move to Derby. They’re also set to play two internal warm-up gamess before the three Tests and three T20Is in August and September.

“We are happy now,” Ali said in a pre-departure video conference from a hotel room in Lahore. “The wait is over and cricket is resuming. There is a lot of excitement and hunger to play cricket. For long, we were not able to play the cricket, a game we love the most and this was the toughest time. We’ve been through a lot of challenges in last few months being at home. We all have been in touch with each other on WhatsApp group and made a pact that we have to keep our fitness intact.

“There were several who made gyms at home, few had found an isolated place to keep it going and made sure that we have keep our physical fitness. Because we know if we are in good shape, we can work on our skills at any stage later to regain our momentum. Now, we have a month in England for preparation and hopefully this is a sufficient time to focus on skills and get back in our groove.”

The PCB had initially planned to send a squad of 29 players to the UK, but earlier this week ten of them tested positive for coronavirus. On Saturday, Wasim Khan, the PCB chief executive, announced that six of those ten returned negative results when they were tested a second time. The primary squad that will fly from Lahore to Manchester on Sunday will include 20 players and 11 support staff. The others will join them after returning two negative tests.

“We weren’t worried assuming we don’t have any symptoms,” Ali said. “In fact, we never really imagined that few can still get positive result without even having any sign. So there and then we all started to get worried because we had spent tough times waiting for cricket and once it is about to start .. this sudden thing [ten players testing positive] happened. But then if anything like this meant to happen, you cannot control it. We knew about the testing process and we had to go though at least two tests before going to England so we were mentally prepared. But obviously this news about positive gave us a scare.”

Did the testing and retesting that followed take Pakistan’s focus away from cricket? “Now this is a part and parcel of the game and we will get used to of it,” Ali said. There were [the] first couple of tests and once you are in a bio-secure environment you feel totally different. We were at home and came here [hotel] and we started to feel more secure. There are still challenges but cricket has to move forward this way for some time. It’s a tough time and we will try to entertain all the people out there waiting for cricket. So the boys are confident and looking forward for the tour which hopefully will go smoothly.”

Pakistan last played Test cricket in February, when teenaged quick Naseem Shah ripped through Bangladesh in Rawalpindi. They were scheduled to play the second Test later in April, but the pandemic had thrown the sporting calendar out of gear by then. However, Ali still drew confidence from their recent success at home and previous trip to England in 2018.

“Batting in England has always been tough but we did well in our previous outing,” he said. “At home in our previous Test, our batsmen had scored a lot of centuries and confidence is still there. So we have a lot to take to England. In England once we get 300-plus runs on the board, then I am hopeful that we will do well in the Test matches.”