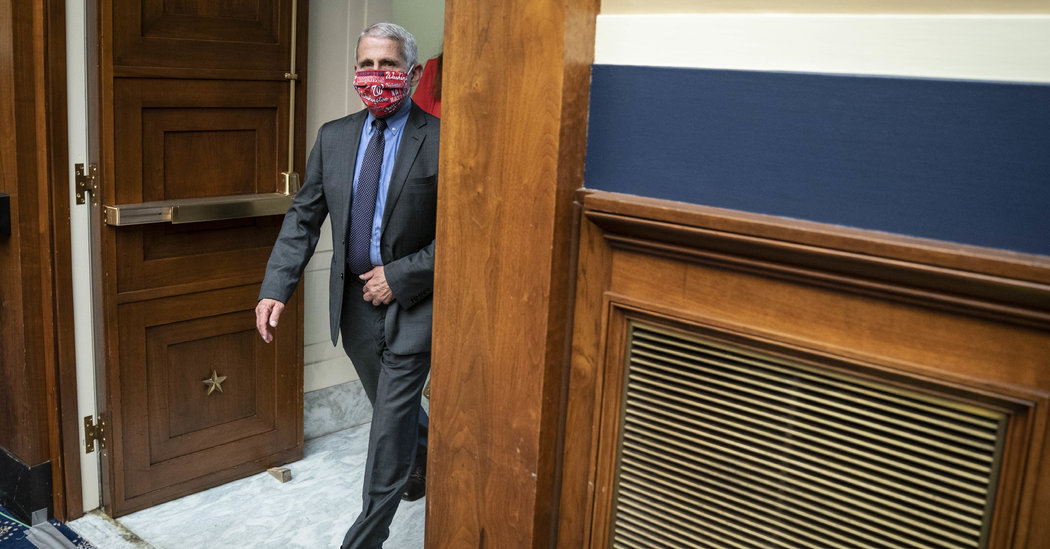 Even as trust in government and many professionals has been declining for decades, Americans’ trust in medical experts has tended to remain high. Gallup has shown consistently high rankings for nurses, doctors and pharmacists on measures of “honesty and ethics.”

The Pew Research Center, which has been studying trust in scientists since 2016, has seen consistently high scores for medical experts. Its most recent study, from May, showed 89 percent of Americans were confident that medical experts were acting “in the public interest.”

“We’re looking at a long-term decline in trust in institutions, including elected officials particularly, as well as the media,” said Cary Funk, who has led the Pew team. “This stands in contrast to that.”

But as people have chafed under the constraints of stay-at-home orders, and as coronavirus case numbers have started rising again, that stated trust in experts may face a new test. Some political scientists worry that, given the political overtones to the virus response and months of confusing or conflicting advice from experts, it may be hard to mobilize the public to follow public health guidelines in the way they did in the early months of the outbreak.

Evidence shows that trust is a good predictor of behavior — people who trust medical experts are more likely to heed their advice. That helps explain the widespread compliance with advice to shut down businesses and stay home this spring, and with other policies devised to prevent the spread of coronavirus.

But research also shows two key factors tend to dilute trust in public health: political polarization and mixed messages. Both are present in this crisis. Sarah Gollust, an associate professor at the University of Minnesota who studies the communication of health policy, worries that the current levels of public trust may begin to erode. “The trends started out bad and are remaining bad,” she said.

The expert response to the disease has shifted as scientists have been learning about best practices in real time. Advice has changed on the value of masks, on whether asymptomatic patients can spread the disease, and on whether the disease can easily spread via surfaces. Such confusing messages can cause people to throw up their hands and ignore any advice.