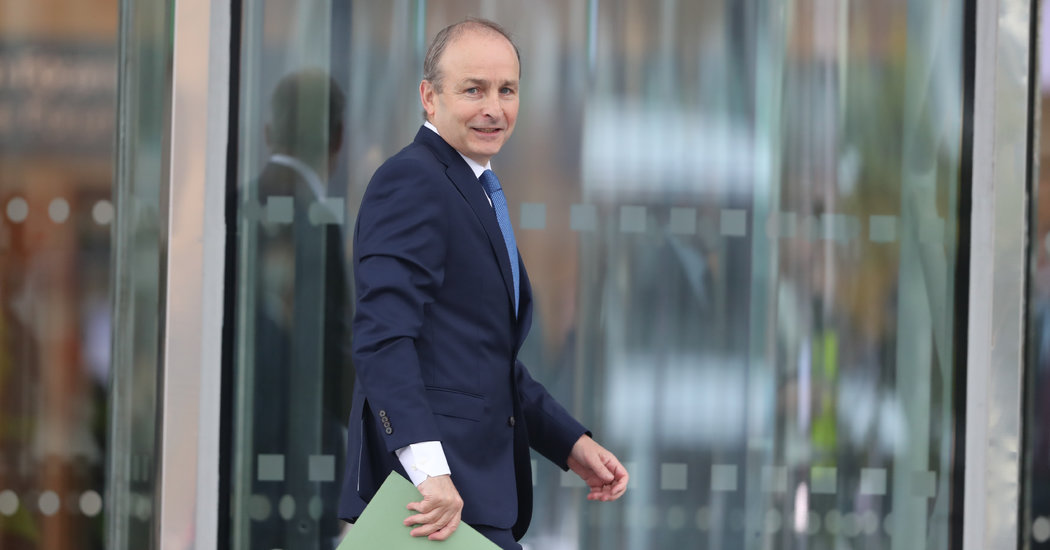 DUBLIN, Ireland — Ireland’s Parliament appointed Micheal Martin, a center-right politician, as the country’s prime minister on Saturday as the country deals with the headwinds of the coronavirus outbreak and fallout from a housing crisis.

Mr. Martin replaces Leo Varadkar, a doctor who drew acclaim for his handling of the coronavirus outbreak but who has been a caretaker prime minister since a February general election delivered a loss of seats for his party but no clear winner.

The new government, the result of more than four months of negotiations, will be the first to include the country’s two rival center-right political movements — Fianna Fail, led by Mr. Martin, and Fine Gael, led by Mr. Varadkar. The two parties have alternated in power since the foundation of the modern Irish state in 1922.

Together with the smaller Green Party, the rivals must now attempt to steer Ireland through what is likely to be a period of turbulence, with Britain’s departure from Europe’s single market contributing to economic and political uncertainty.

The path to a new government was cleared on Friday evening when members of the Green Party voted decisively to support joining the coalition after extracting concessions on environmental initiatives. The concessions included lowering Ireland’s carbon emissions 7 percent annually through 2030, an increase in the carbon tax, and an emphasis on public transport and cycling and pedestrian facilities in spending on transport and infrastructure.

The decision quashed fears that younger, more left-wing party members would reject an alliance with the center-right.

While the coalition’s program promises to address crises in housing and health care, critics on the left of the Green Party complained that it does not commit the government to allocating funds for major changes.

The agreement to form the new government comes after a turbulent period in Irish politics, in which Mr. Varadkar’s government was toppled amid voter anger over a housing crisis, rising rents and a failing public health service.

Those frustrations lifted the fortunes of the center-left Sinn Fein party, which was formerly the political wing of the Irish Republican Army before it committed itself to democratic, nonviolent means.

The emergence of Sinn Fein’s leader, Mary Lou McDonald, as head of the opposition, potentially allied to several smaller left and center-left parties, could lead to a long-term realignment of Irish politics along a more conventional left-right divide.

But in the meantime, the center-right coalition will retain power under a power-sharing arrangement in which Mr. Martin will stand down in two years to be replaced either by Mr. Varadkar or by whoever is then leader of his party.

A 31-year veteran of the Irish parliament, Mr. Martin, 59, took over the leadership of Fianna Fail in 2011 shortly before it suffered a stinging election defeat, losing 51 of its 71 seats because of anger over its handling of the disastrous Celtic Tiger property bubble. The meltdown forced Ireland to accept a 67.5 billion euro ($95 billion) bailout organized by the International Monetary Fund.

Despite having a reputation for caution, Mr. Martin chose to support referendums on gay marriage equality and the legalization of abortion, aligning with an increasingly liberal mood in Ireland.

These policies clashed with many of the Fianna Fail party’s predominantly rural and conservative members of Parliament and its grass-roots supporters.

As health minister in a previous Fianna Fail-led government, Mr. Martin introduced the world’s first nationwide ban on smoking in all workplaces, including Ireland’s famously smoky pubs. Initially greeted with skepticism and strong resistance, the 2004 smoking ban proved both successful and ultimately popular, and has since been adopted by many other western countries.