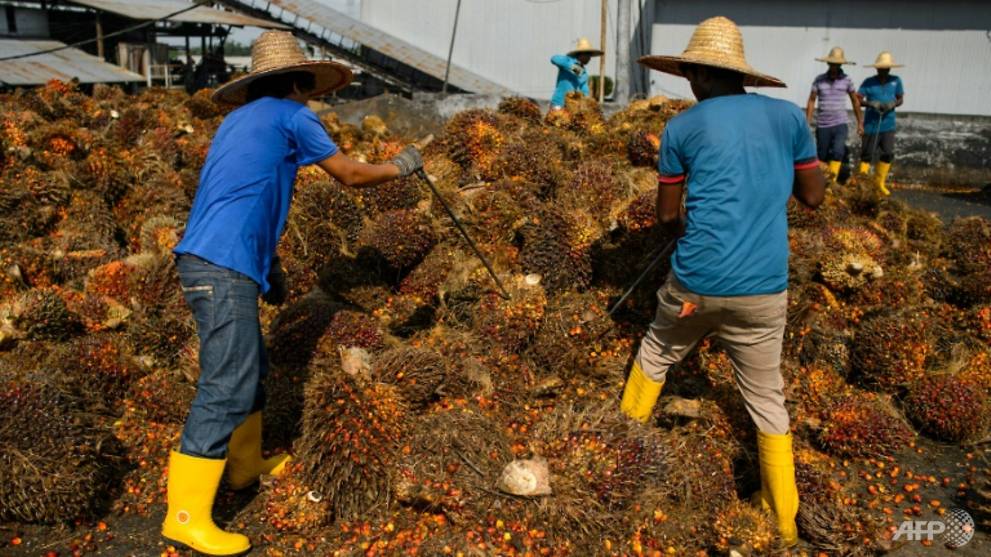 KUALA LUMPUR: Malaysian palm plantations have urged the government to let foreign workers return, warning of severe damage to the palm-oil industry if it is not granted an exemption from a hiring freeze.

The Malaysian Estate Owners’ Association implored the government in a statement on Friday (Jun 26) to consider the survival and sustainability of the sector and let grower companies that have been unable to recruit locally hire foreign workers immediately.

The palm oil industry in Malaysia, the world’s second-largest producer and exporter of palm oil, faces a worsening of its chronic labour shortage. It relies on foreigners for 70 per cent of its plantation workforce and almost all its field work, especially people from Indonesia and Bangladesh.

Thousands have left the plantations for home as borders closed during the COVID-19 pandemic, adding pressure in an industry where 2 per cent to 3 per cent of foreign workers leave each year.

“A major concern is that the peak crop production season is around the corner in a few months from now and the palm oil industry is crucially dependent on the availability of workers,” said the association, which represents owners of small and midsize plantations.

It said decreased crop production would curb the output of crude palm oil and palm kernels as extraction rates will continue falling beyond this year. While this may push crude palm oil prices up, the association warned unattended plantations could eventually lead to a decline of the industry.