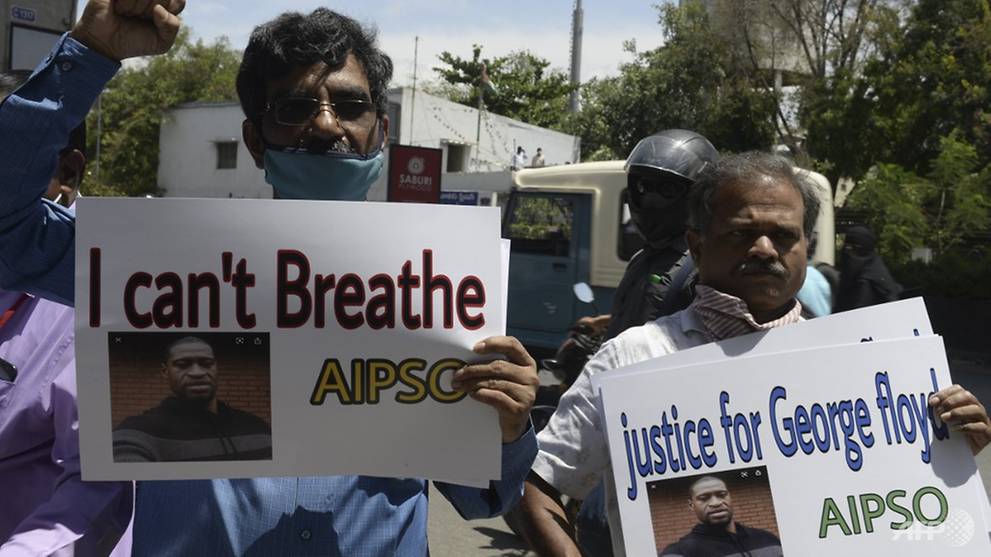 CHENNAI: Outrage at the death of a father-son duo in the custody of Indian police earlier this week mounted on Saturday (Jun 27), with thousands on social media comparing the incident to the death of George Floyd in the United States.

J Jayaraj, 59, and Bennicks Immanuel, 31, were subjected to a brutal thrashing, which resulted in rectal bleeding and eventual death, according to a letter to government officials written by Jayaraj’s wife J Selvarani. The letter, based on eyewitness testimony and reviewed by Reuters, seeks action against the police officers involved.

Police in Sathankulam, a town located 50km (31 miles) south of the port city of Thoothukudi in southern Tamil Nadu state, said in a first information report (FIR) reviewed by Reuters that Jayaraj and Bennicks were picked up on Friday, Jun 19, for breaching coronavirus lockdown rules.

Bennicks died on Monday after complaining of breathlessness and Jayaraj died Tuesday, Chief Minister Edappadi Palaniswami, who oversees the police in the state, said in a statement on Wednesday. Two policemen involved in the incident had been suspended, he added.

“We will take action over this incident as per the law,” Palaniswami said.

Hundreds of thousands of tweets were sent out using the hashtag #JusticeforJayarajandBennix, that was among the top Twitter topics trending in India on Friday and among the top 30 trending globally, with celebrities and politicians condemning police action.

“The George Floyds of India are far too many,” tweeted Jignesh Mevani, a lawmaker in India’s western Gujarat state.

“Will Indians march on streets in thousands, like America?,” Mevani asked his nearly 750,000 Twitter followers, referring to events following the death in police custody on May 25 of George Floyd, a Black man.

Nearly 15 cases of custodial violence and torture were reported in every day on average, with 9 people dying in judicial or police custody every 24 hours, according to the latest annual report by India’s National Human Rights Commission (NHRC) for the year 2017/18.

The NHRC said in its report that some custodial deaths were reported after considerable delay or not reported at all, adding violence in custody was so rampant “that it has become almost routine”.