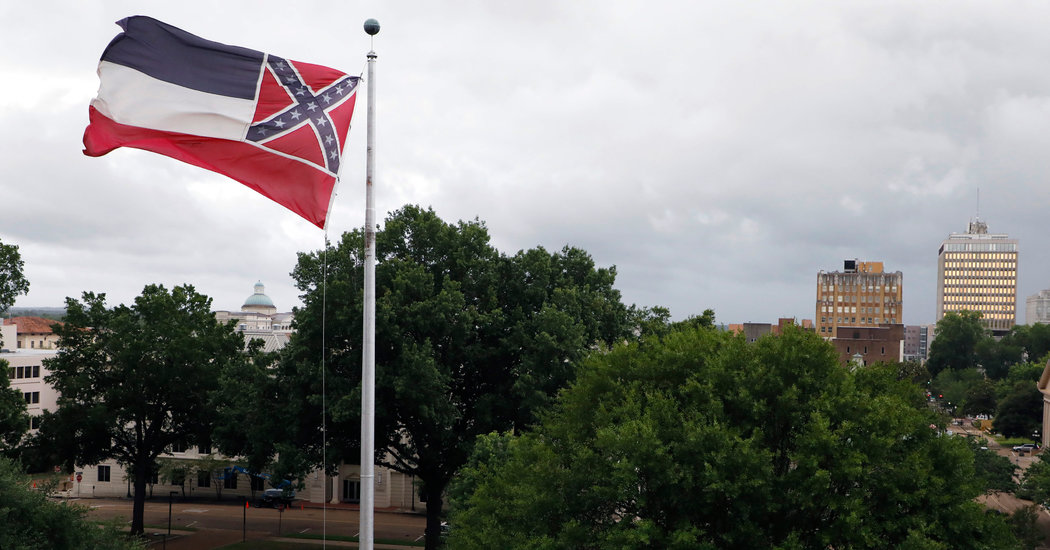 In early June, a student asked Greg Sankey, the SEC commissioner, what more the conference had done to address racial disparities since 2015, when Sankey criticized the battle flag after a white supremacist murdered nine black churchgoers in Charleston, S.C. And in Indianapolis, where N.C.A.A. leaders had periodically considered whether to strengthen the association’s stand against the battle flag, officials watched the demonstrations sweeping the country and weighed how to respond.

Last Thursday morning, during a call with the leaders of his conference’s 14 universities, including Mississippi and Mississippi State, Sankey told campus officials of his planned warning.

“I came from the perspective that it was the right statement to make,” Sankey said. “I didn’t move with the expectation that other organizations would follow.”

But N.C.A.A. officials, who had just been urged by current and former student-athletes in Mississippi to take a more forceful approach to the flag, were planning a similar discussion for Friday morning, when the association’s Board of Governors was scheduled to convene. In that meeting, the board unanimously agreed to abandon a crucial exception in its policy on Confederate symbolism: that states, regardless of their ties to the battle flag, could hold championships if their teams’ performances earned them a sufficiently high seeding or ranking.

Mississippi, the N.C.A.A. noted tartly in its announcement, was the only state that stood to be penalized under the rule change.

“The moment focused everyone’s attention on all of those things that could and should be done to increase inclusiveness and make sure we’re being attentive to issues of equality and social justice,” Mark Emmert, the N.C.A.A. president, said in an interview.

In Mississippi, where Oxford and Starkville hosted games in the Division I baseball tournament last year, the N.C.A.A.’s rewritten policy was quickly judged as potentially costly. Keith Carter, the athletic director at Mississippi, which lowered the flag in 2015, said his school generally netted at least $200,000 when it hosted part of the baseball tournament. The hospitality industry in Oxford, with its population of about 28,000, also benefited from tens of thousands of visitors.