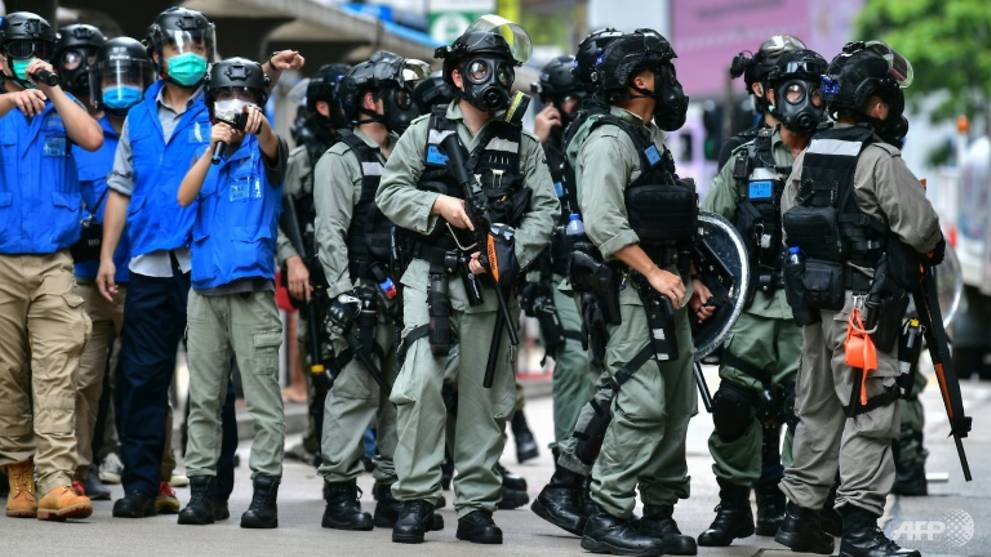 The Civil Human Rights Front (CHRF) said the force had rejected its applications for rallies on Jul 1, the 23rd anniversary of the former British colony’s handover to China.

Police cited a risk of violence and said the gatherings and march would “pose a severe threat to public health” due to the COVID-19 pandemic.

CHRF, which was responsible for some of last year’s unprecedented million-people demonstrations, said they would appeal the decision.

The semi-autonomous city has been convulsed by a year of huge and often violent rallies that began with an eventually aborted criminal extradition Bill but morphed into a popular call for democracy and police accountability.

The law would enforce punishment for subversion and other offences in Hong Kong, but critics see it as potential knock-out blow for freedoms and autonomy enjoyed by the city.

US President Donald Trump’s administration said on Friday it was restricting visas for a number of Chinese officials for infringing on the autonomy of Hong Kong, as Congress seeks tougher sanctions.

The Chinese embassy in Washington said “no one has any legal grounds or right to make irresponsible comments on Hong Kong affairs”.

The European Union also warned China it would face “very negative consequences” if it pressed ahead with the new law.

The law is expected to be voted on during a National People’s Congress Standing Committee meeting to be held from Sunday to Tuesday.