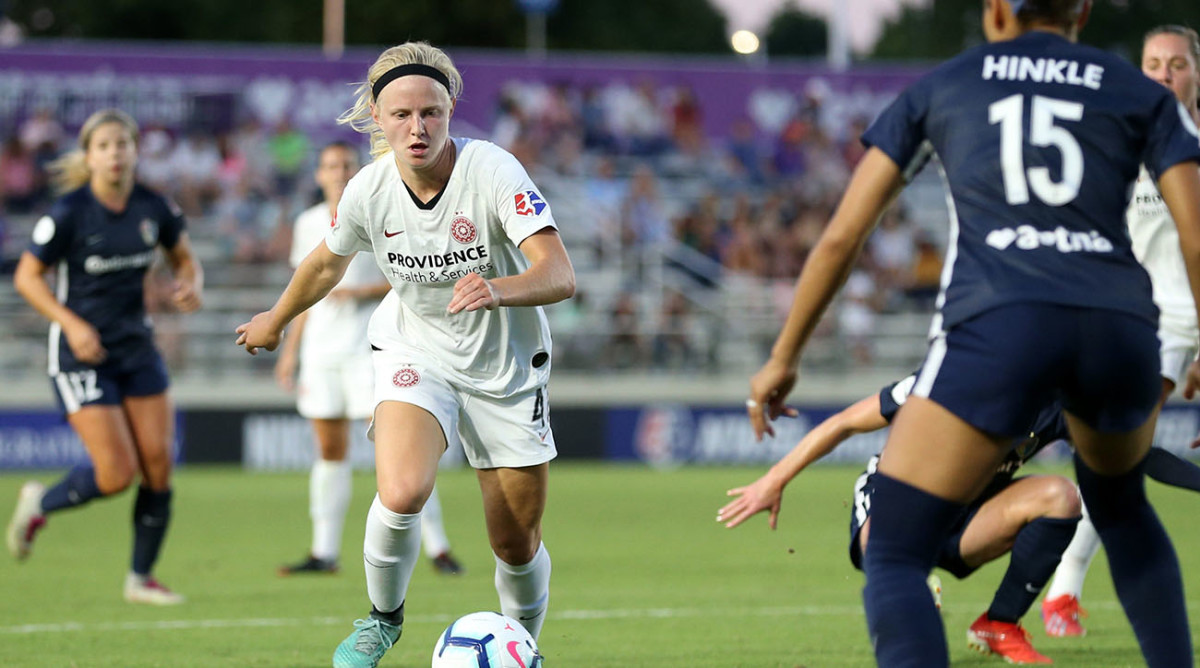 The NWSL returns on Saturday afternoon when the Portland Thorns and reigning champions North Carolina Courage face off in the opening match of the Challenge Cup.

The match, which will be held at Zions Bank Stadium in Herriman, Utah, marks the first game of a team sport to return in the U.S. amid the coronavirus pandemic. It will also be the first time professional women’s club soccer will air live on a national network broadcast.

The two teams last met in September 2019, where the Courage thrashed the Thorns in a 6–0 dominant victory. Lynn Williams notched her second career hat trick, while Debinha, Crystal Dunn, and Kristen Hamilton scored a goal apiece to tie the franchise record for the highest number of goals in a single game.

North Carolina finished last season with a 4–0 championship victory over the Chicago Red Stars, and it remains the team to chase this year. Most of the Courage’s championship roster is returning this summer.

Eight teams will compete in the Challenge Cup after the entire Orlando Pride squad withdrew from the event when multiple players and staff tested positive for the coronavirus. Each club will play four games in the preliminary round before the knockout rounds.