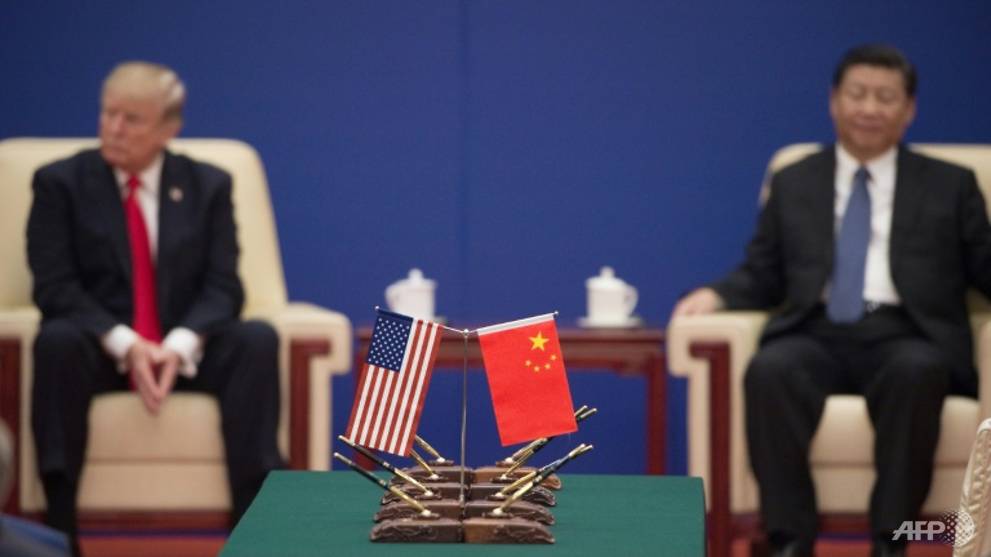 HONG KONG: Donald Trump has been looking for re-election assistance in some surprising places, if his former national security adviser John Bolton is to be believed.

The image of the US president “pleading” with President Xi Jinping to use Chinese purchases of wheat and soybeans to help him win November’s election is astonishing but also telling.

It suggests Mr Trump is aware that Beijing would greatly prefer four more years of chaotic American decline under his leadership than face a presidency of the Democratic candidate Joe Biden.

In recent weeks, the tweeter-in-chief has constantly repeated the opposite message – that China is “desperate” and “will do anything”, including intentionally spreading coronavirus around the world, to make him lose the election.

In response, the editor of China’s nationalist Global Times, Hu Xijin, said the US president is actually promoting “unity in China”, where everyone wants his re-election because he “can make America eccentric and thus hateful for the world”.

READ: Commentary: Why are Chinese officials acting like Internet trolls and entertaining online fights with the US?

READ: Commentary: Who would Beijing prefer wins the US presidential election in November?

CHINA’S PICK FOR US PRESIDENT

The fact that Beijing would prefer someone whose verbal attacks on China are a crucial part of his campaign strategy shows how bad Sino-US relations have become.

Beijing realises that US animosity is now a bipartisan position among Democrats and Republicans. Switching presidents would be mainly a question of competence, rather than policy direction.

So the choice for China comes down to whether Mr Trump or Mr Biden will more effectively carry out a policy that targets China and its core interests.

For Beijing, the less-preferred candidate would be the one who can rally and co-ordinate traditional allies, especially in China’s backyard.

Korea, Japan, India, Taiwan, Australia, Vietnam, Indonesia, Malaysia, parts of Africa, most of Europe and many other countries are deeply worried about China’s growing assertiveness.

Since he was elected in 2016, Mr Trump and his “America First” philosophy have done more damage to the US-constructed liberal world order than any postwar president. He has attacked, cajoled and belittled the country’s closest allies, while cuddling up to leaders like Mr Xi.

The biggest concern for China’s leaders is that a focused US would work closely with its traditional and potential allies to form a global coalition to constrain the Communist party at home and abroad.

In a second Trump administration, this is highly unlikely; under Mr Biden, it is almost certain.

READ: Commentary: Could Donald Trump not run for re-election?

A PREFERENCE FOR REPUBLICANS

Beijing’s preference for Republican presidents – “rightists” in the words of Chairman Mao – goes back at least to the time of Richard Nixon, who considered rapprochement with Communist China to be his most consequential act in office.

“I like rightists,” Mao told Nixon when they met in Beijing in 1972. “I am comparatively happy when these people on the right come into power.”

Chinese officials explain that Republican presidents have always been seen as easier to deal with than Democrats because they are more pragmatic and more sympathetic to large companies eager to tap China’s huge labour force and market.

Mr Trump, despite what he says, is actually one of the main restraining forces on an increasingly hawkish Washington establishment. He is highly transactional, not at all ideological, and does not care even a little bit about human rights in China or anywhere else.

According to Mr Bolton, Mr Trump dismissed concerns over the destruction of freedoms in Hong Kong, downplayed Taiwan’s strategic importance and endorsed Beijing’s construction of re-education camps for millions of Muslims.

Everything was up for grabs, as long as he won a trade deal he thought would help him get re-elected.

READ: Commentary: Trump’s strategy on Huawei and China is disastrous

READ: Commentary: US-China trade, once the thorn in bilateral ties, could now be the solution

Apart from a propensity to shore up alliances and focus on human rights violations, a Biden presidency would help rebuild US soft power around the world and, most critically, within China itself.

One of the most powerful ways for the US to succeed in its growing competition with the Chinese government is to convince Chinese citizens that free and democratic systems are better.

But with his attempts to muzzle the press, hiring of his children for top government roles and calls for the army to crush demonstrators, Mr Trump has made it easy for propagandists to portray the US system as equivalent to China’s.

As unbelievable as it may seem to his core base of supporters, from the perspective of China’s leaders a vote for Donald Trump in November will be a vote to Make China Great Again.