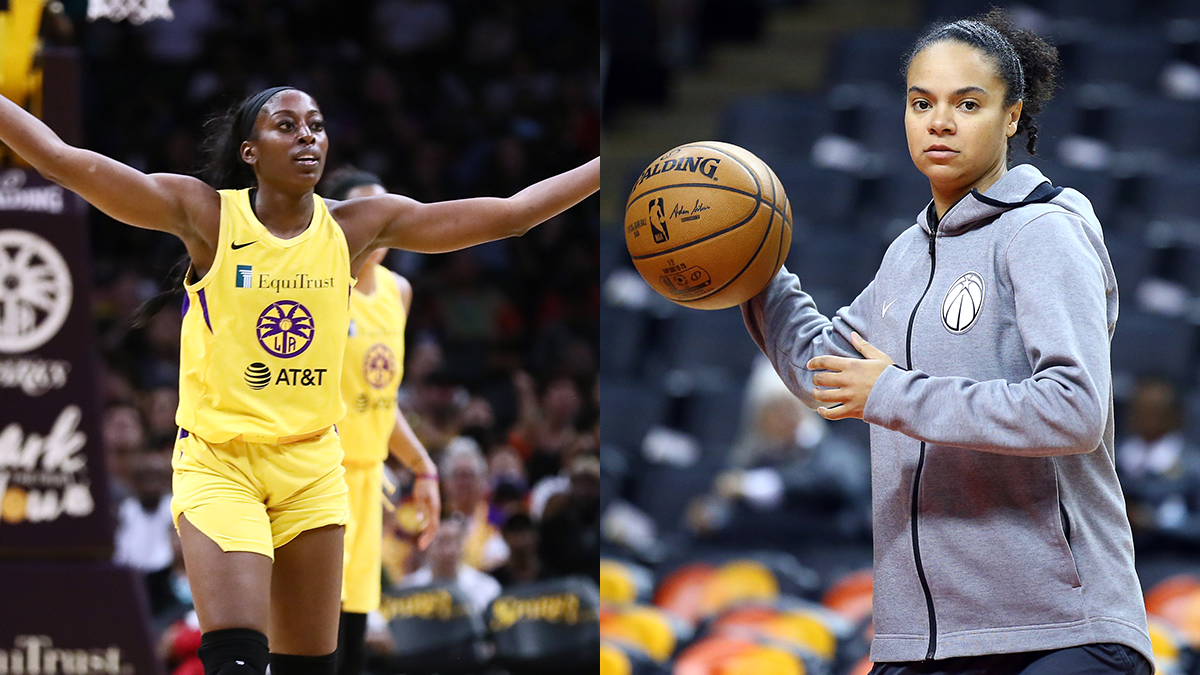 The Los Angeles Sparks will be without two of their top players when the WNBA season begins in Bradenton, Fla. Chiney Ogwumike and Kristi Toliver are opting out of the 2020 season, the team announced on Friday.

All 10 other Sparks players, including Candace Parker, will reportedly play this season, according to SB Nation’s Brad Klopfer.

“If you know me, you know that I have overcome some of the biggest challenges an athlete can face on the court,” Ogwumike said in a statement. “My previous injuries have given me strength and built character, but unfortunately they require me to be careful with my preparation leading up to a season. This year is unprecedented in many ways, therefore my team and I have come to the decision to be proactively cautious and put my body first.

“I will continue to use all my platforms to elevate and empower my teammates and fellow players in the WNBA as we continue to fight for our communities. This isn’t goodbye, it’s just see you later.”

“The health and safety of our players and staff is the number one priority for our organization,” Managing Partner and Governor Eric Holoman said. “We completely stand behind Chiney’s decision to prioritize her health and continue the work she’s doing to fight for systemic change.”

Toliver signed with the Sparks as a free agent this offseason after spending the past three years with the Washington Mystics. She’s been an All-Star each of the past two seasons, and averaged 13 points and 5.9 assists per game in 2019.

“Though I want very much to compete with my team, to be a leader and show up for them, I am not comfortable with the risk to my physical health – short-term and long-term – given the many unknowns of COVID-19 and the risk of injury,” Toliver said in a statement. “For me, the right decision under the circumstances is to opt out for the year.

“During my time away I will get myself mentally and physically prepared for the 2021 season, and in light of the many social justice issues that are finally and rightfully front and center, I will find new ways to make a positive impact in my community.”

Toliver is a two-time WNBA champion and spent seven seasons with the Sparks from 2010-16. She’s also an assistant coach on the Washington Wizards’ staff.

“We will of course miss having a player of Kristi’s caliber on the court this season,” Sparks coach Derek Fisher said. “However, our entire team and coaching staff respects and understands her decision. I know she’ll make an impact and be a leader in the community and we’ll be excited to have her back in Los Angeles next season.”