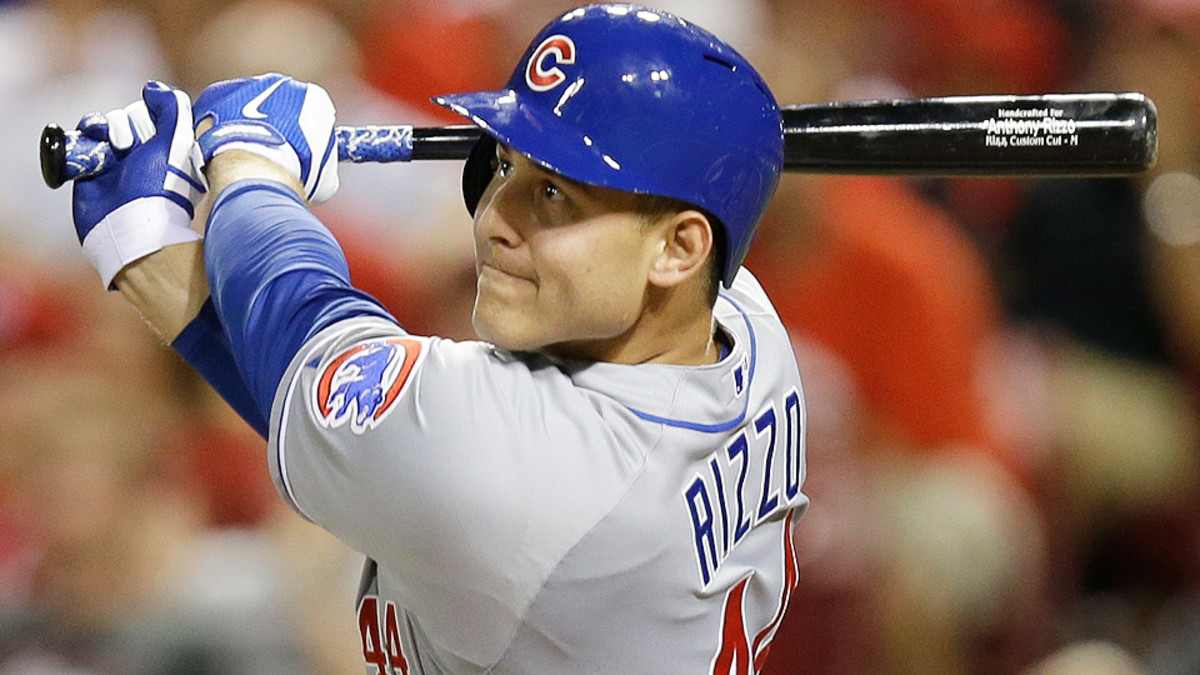 Now that baseball is officially back, it’s time to chuck out our old full-season projections and, instead, focus on which teams can get off to a hot start, break ahead of the pack early, and hold on for dear life. Bettors must adapt to the new 60-game season as well.

It’s why in a year like 2020, longshots to win the World Series are legitimately in play. The sample of teams ahead in the standings after 60 games paints a drastically different picture than at the end of 162.

SI Gambling encourages players to shop around for the best lines available, but for this breakdown, we’ll use the World Series odds listed at PointsBet Sportsbook.

We’ll take a closer look at the favorites on Monday to see if there’s a distinct edge we can gain from these newly released odds, but for now, let’s dive into some longshots 20/1 or higher.

The Cubs, along with the St. Louis Cardinals, are the co-favorites in the NL Central. Even with St. Louis being one game removed from playing for the World Series, I lean towards Chicago because this may be the last dance for the bulk of the roster still left from the World Series team of 2016.

Kris Bryant is now set to be Chicago’s leadoff man under first-year manager David Ross. The Cubs have been looking for a regular presence in that leadoff role since Dexter Fowler in 2016. If he can set the table and get on base nearly 40% of the time, that should open up plenty of opportunities for Anthony Rizzo, Javier Baez, and Kyle Schwarber to drive in runs early and often.

I also really like what I saw from Yu Darvish down the stretch of the season, who flashed the brilliance the Cubs anticipated when they spent $124 million to sign him back in the 2017 offseason. During the final three months of the season, Darvish pitched to a 2.95 ERA with 124 strikeouts and a WHIP (walks + hits per innings pitched) of 0.826.

Mix in the postseason experience of Jon Lester and Kyle Hendricks, and a fresh and rejuvenated Craig Kimbrel closing down games, and the Cubs may be ready to give it one last ride.

The Athletics mash the baseball and get on base. Last season they were fifth in runs scored in the American League (8th in all of MLB) and fifth in home runs. Fangraphs projects their top six hitters in the batting order to hit nine home runs or more in a 60-game sample, including 13 from Matt Chapman, 14 from Matt Olson, and 14 for DH Khris Davis.

I have some concerns about their pitching with Mike Fiers and the injury-prone Sean Manaea leading the staff. Frankie Montas is a name to remember after starting 9-2 with a 2.70 ERA last season before an 80-game suspension. The A’s also have two very intriguing young arms to round out their rotation in Jesus Luzardo and AJ Puk, two mid 20’s rookies that can miss bats.

InsideTheAthletics writer John Hickey discussed the impact Luzardo and Puk can have, mainly due to the shortened season:

A 60-game season played out over 66 days would result in 12 or 13 starts. And even at seven innings per start – a level unlikely for either man to reach – they would finish the regular season with something in the range of about 90 innings.

Of all the teams listed, I have Oakland as my favorite amongst the longshots to win it all.

The Reds shocked most of the baseball world a season ago with how well they pitched. Great American Ballpark tends to be one of the most hitter-friendly, particularly power-friendly parks in all of baseball. Still, it was the arms of Luis Castillo, Sonny Gray, and now a shortened season of Trevor Bauer with terrific upside to lead a rotation.

Their bullpen hovered around top 10 in baseball, but electric closer Raisel Iglesias will need to do a better job keeping the ball inside the park, after leading all Reds relievers with a 1.6 HR/9 rate to go along with a 3-12 record.

As for their lineup, the additions of both Mike Moustakas and Nick Castellanos adds even more slugging in the 3-5 spot, mixed in with Eugenio Suarez, who’s coming off a 49 HR season. Castellanos led the Majors in doubles last year, and after being shipped from the Tigers to the Cubs, he went on to hit 321 with 16 home runs, 36 RBI, and 43 runs in just 200 at-bats.

The Reds’ issue for so long was that their offense could never keep up with their pitching, and last year, the opposite effect happened. With more balance and protection in the middle of their lineup to go along with three projected top-20 arms, watch out for the Reds at 33/1.

The Dodgers are anticipated to run away with the division, but as the Nationals showed a season ago, it’s all about getting into the playoffs and making a run in October. The Padres are now the projected second-best team in a bad NL West division with a ton of upside to get hot at the right time.

Their lineup is oozing with potential. Shortstop Fernando Tatis Jr exploded onto the scene at age 20, hitting .317 with 22 HR and 16 steals in just 84 games. They acquired Tommy Pham from Tampa, and still have Manny Machado, Eric Hosmer, and Wil Myers in the middle of the lineup.

The pitching is a bit of a concern after Chris Paddack, but Dinelson Lamet is the group’s wild card. FanGraphs projects him to lead the team in strikeouts this season out of the fifth spot in the rotation. The bullpen is strong with Kirby Yates at closer (1.19 ERA with 44 saves and a 15 K/9), and the addition of Emilio Pagan via trade from the Rays gives them another late-inning quality arm with Drew Pomeranz.

Earlier in Spring Training, before the coronavirus pandemic took over, longtime baseball scribe Joe Sheehan talked about the massive upside of the Padres’ roster entering the season:

“The Padres are so loaded that their upside is 100 wins and a division title. Realistically, though, a winning season would be a good start for San Diego.”

Much like the Athletics, the Padres were another team that saw a substantial amount of money come in, forcing the oddsmakers to move the line down from 50/1 to 40/1. While we can guarantee they won’t win 100 games in a 60-game season, why not dream a little at 40/1 with championship upside in a wacky season.