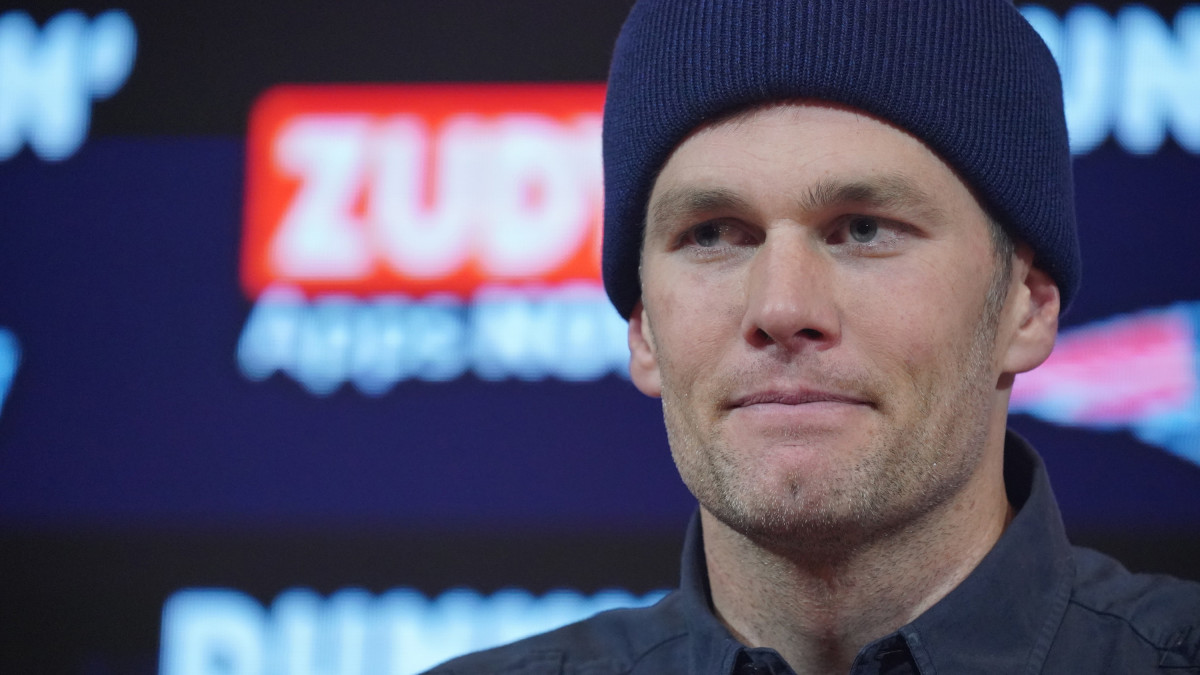 Is the TB12 Method the vaccine we’ve all been waiting for?

The coronavirus pandemic is spiraling out of control in the United States. Cases are rising in 29 of the 50 states, and not just because of increased testing. The rate of positive tests is increasing. Hospitalizations and deaths are also up. It’s getting bad, to the point where you have to wonder if it will be possible to play high-level sports in this country this year.

The NFL is largely proceeding as usual, though. Because this is the time of year when NFL teams would usually be holding OTAs, some players are trying to stay sharp by holding group workouts on their own. One 49ers player tested positive for the coronavirus last week after a group workout in Nashville.

The NFLPA’s medical director has recommended that players stop holding these group workouts “in light of the increase in COVID-19 cases in certain states.”

One of those certain states is Florida, which saw more than 5,000 positive tests on two consecutive days this week. Hillsborough County, where Tampa is located, has seen an average of 373 new cases per day over the past seven days, and a positive test rate of nearly 19%.

That sounds like the kind of evidence that would keep any sane person holed up in their house, but not Tom Brady. Brady has continued organizing workouts for his new Buccaneers teammates at a Tampa prep school. What’s more, he’s been posting about the workouts on Instagram with captions that sound frankly defiant.

“No excuses,” he wrote on Tuesday.

Thursday’s caption was even more brazen.

“Only thing we have to fear is fear itself,” he wrote on Thursday, quoting President Franklin D. Roosevelt.

And these are not little two- or three-man get-togethers. Brady is bringing together about a dozen teammates.

I don’t know what Tom Brady thinks about the coronavirus. But I do know that he has a terrible track record when it comes to medicine. This is a guy who wrote in his book that being properly hydrated can protect a person from the sun’s ultraviolet rays. His righthand man, Alex Guerrero, once got in trouble for hawking a nutritional supplement he claimed could cure terminal cancer. It’s not out of the question that Brady would view the concern about the virus as overblown. I just think maybe the NFL’s oldest player should be taking more precautions.

Say goodbye to the handshake in sports (at least for now). … 13 questions about how MLB will look in 2020. … MLB could win back a lot of fans this season by making games easier to watch. … How the man known as “Lethal Shooter” became the most sought-after shooting coach for NBA players.

Mike Leach and Lane Kiffin were at the Mississippi state capitol to lobby for the removal of the Confederate flag from the state’s flag. … Wake Forest coach Dave Clawson is going to isolate himself from his wife, a cancer survivor, once training camp begin and for the rest of the season. … A semi-pro soccer team in Tulsa is replacing the national anthem with playing “This Land Is Your Land” before games. … Colts linebacker Darius Leonard says he was racially profiled at a Chipotle. … The owner of a North Carolina racetrack advertised a “Bubba Rope” for sale for $9.99.

Liverpool players all gathered to watch the match

It’s not a real ball but I don’t care

Here, let me help you with that

No need to slide when you’re running right by everybody

I’m off next week. Jenna West, Chris Chavez and Michael Shapiro will handle Hot Clicks in my absence.

The Breaking Bad movie probably means Walt and Jesse won’t be appearing on Better Call Saul. … Pakistan grounded 150 airline pilots who may have had fake licenses.

Chicken Fest is all around you