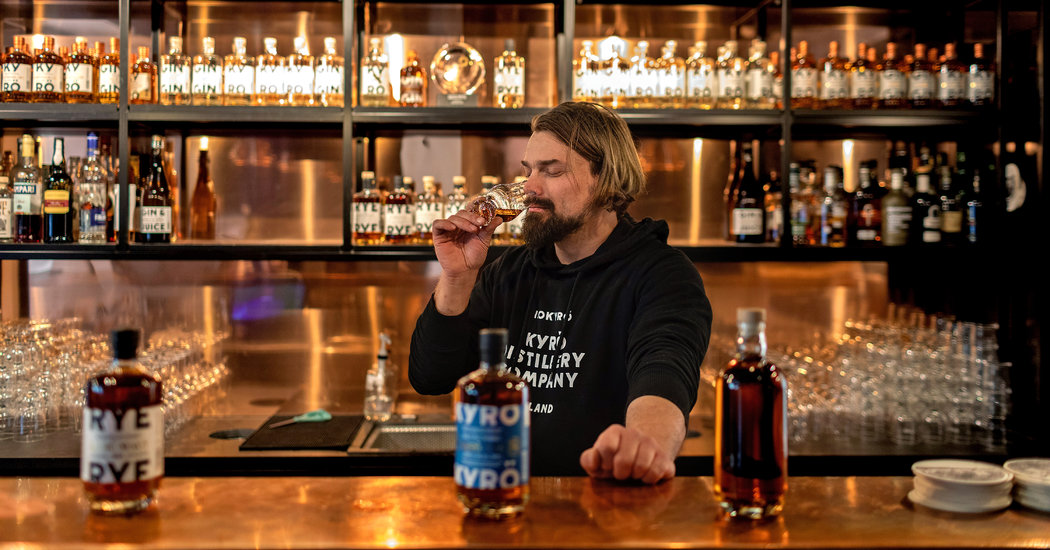 Although rye has a pronounced American identity, distillers point out that the grain itself has deep roots in the Old World, especially in Northern and Eastern Europe. At Kyro Distillery Company, a six-year-old producer in the Ostrobothnia region of western Finland, the distiller Kalle Valkonen compared the flavors of his spirit to those of another local culinary staple.

“In 2017, when Finland was turning 100 years, rye bread was voted to be the national dish,” Mr. Valkonen said. “We have a really, really intimate relationship with rye and especially rye bread. If we want to make a particularly Finnish whiskey, it needs to be rye.”

Like InchDairnie, Arbikie and other European distillers, Kyro produces its rye whiskey on a pot still, rather than the column stills commonly used in the United States.

Otherwise, there’s a good amount of regional variation. InchDairnie makes its spirit with malted rye, though Arbikie uses unmalted rye; both use less than 60 percent rye in total, with the remainder being malted barley. At Kyro, the mash bill — the list of grains used — is 100 percent malted rye, echoing the traditionally all-rye recipe of Finnish bread, Mr. Valkonen said. (Many American versions contain 51 percent rye, the legal minimum, or just slightly more, while relatively few are made from 80, 90 or even 100 percent rye.)

In Southwold, on the Suffolk coast in England, the Adnams brewery and distillery was inspired to make its rye whiskey by the nearby village of Reydon, whose name means something like “rye on the hill.” Adnams Rye Malt was initially released as a 100 percent rye spirit in 2017, said the head brewer, Fergus Fitzgerald, and is currently made from 75 percent rye malt, distilled on a pot still using rye grown by the company’s owner.

“We’d already made a couple of whiskeys, obviously with barley, and we did one with some wheat and some oats and barley, but we hadn’t done anything with rye, although we were using rye in one of our beers quite a lot,” Mr. Fitzgerald said. “So that came up, that conversation about Reydon having this historic link to growing rye, and then Jonathan Adnams said he would go and grow it.”