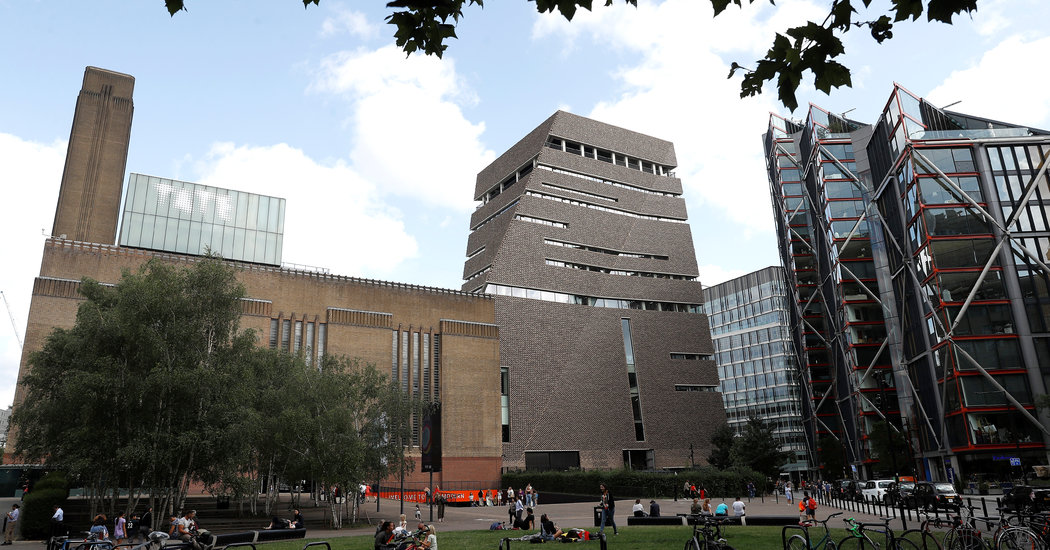 LONDON — A teenager who admitted he attempted to kill a 6-year-old boy by pushing him from a 10th-floor viewing platform in a shocking attack at the Tate Modern museum in London last year was sentenced to life in prison, but must serve at least 15 years, by a British court on Friday.

Jonty Bravery, 18, from Ealing in west London, pleaded guilty to one count of attempted murder in December, avoiding a potentially lengthy trial, and at that time detailed his intent to kill the child, a stranger to him, in order to appear on the news.

At the sentencing on Friday, Judge Maura McGowan said that although Mr. Bravery must serve at least 15 years of his sentence, he may never be released.

“You are and will remain a danger to the public,” Judge McGowan said as Mr. Bravery listened to the verdict by video, adding that he had a “very serious mental disorder and a personality disorder.”

Deanna Heer, a prosecutor, told the court on Thursday that Mr. Bravery had been planning to attack someone for months — preferably a woman or a child — and his web browser history showed that he had been researching ways to kill.

The prosecution told the court that on Aug. 4, 2019, Mr. Bravery left the care house he lived in and traveled to the Tate Modern, where he spotted the child and quickly scooped him up and threw him over the railings without any hesitation.

Ms. Heer said that Mr. Bravery did this “to prove a point” to those who said he did not have a mental health problem, and that he wanted it to be on the news so that everyone, especially his parents, could see “what a mistake it was not putting him in hospital.”

Mr. Bravery, who was present in the court via a video link, at one point pulled his white T-shirt up to his eyes, hiding his face behind it as the prosecution described his actions.

Dr. Joanna Dow, a forensic psychiatrist who works at Broadmoor Hospital in southeastern England, where Mr. Bravery is being held, said that he has a number of defining features of psychopathy, and has autistic spectrum and personality disorders.

The viewing platform at Tate Modern, an art museum on the south bank of the River Thames, is a popular tourist attraction, drawing in visitors eager to see a 360-degree panorama of London. After the episode, the museum was briefly put on lockdown.

The victim of the attack, a French boy who was vacationing with his family in London, survived after landing on the fifth-floor roof of the museum, but he suffered life-changing injuries, including several broken bones and a brain injury.

“The act committed by this individual is unthinkable,” the boy’s parents said in a statement that was read to the court on Thursday.

The prosecutor Emma V. Jones, speaking in December said the “devastating and shocking incident” had “changed the lives of Bravery’s young victim and his family forever.” That the child had survived the fall, she said, was “extraordinary.”

The boy remains in the hospital more than nine months after the attack but is making progress, his parents said last month in a message posted on a GoFundMe page for his medical costs.

“Our child has only his two boot-shaped splints now, and a splint on his left arm that he wears only at night,” the message read, and detailed how he spends his days sitting in a shape-molded seat on his wheelchair.

“We don’t always understand everything he says, especially when he’s tired but he expresses himself more and more,” they added. “There is still a long way to go but we are holding on.”

On Friday, Ms. McGowan, the judge, said the injuries Mr. Bravery had caused were horrific. “You almost killed a 6-year-old boy,” she said. “His life will never be the same.”