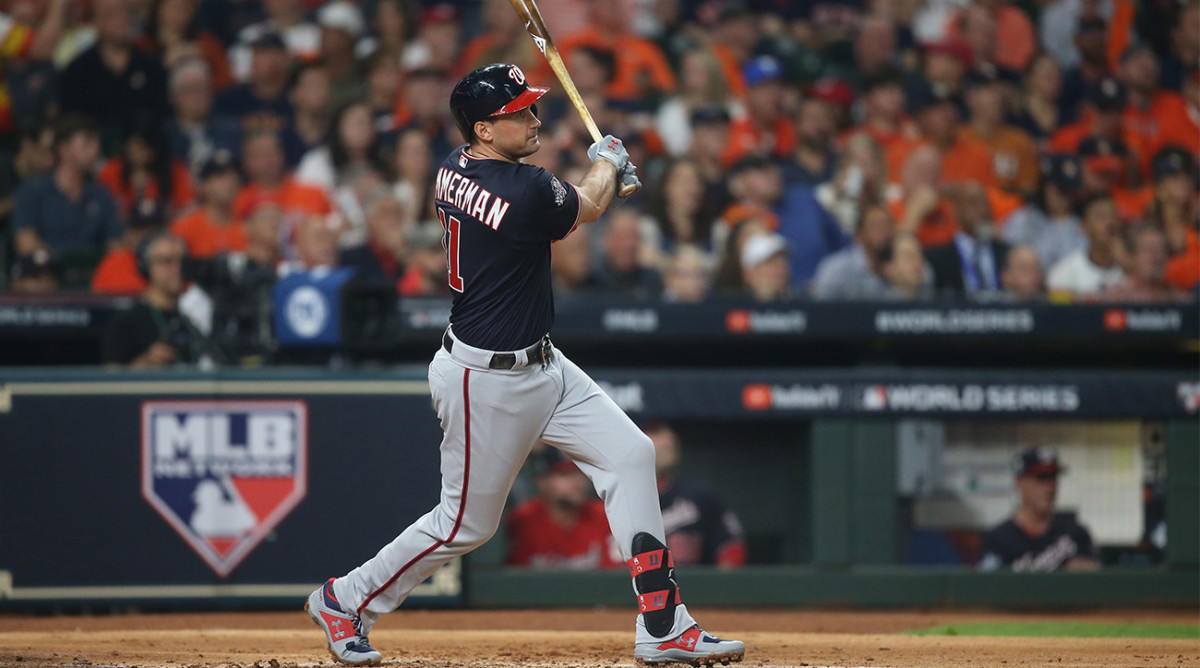 Nationals veteran Ryan Zimmerman is still undecided if he will participate in the shortened, 60-game 2020 MLB season.

Zimmerman, 35, wrote in a first-person piece for the Associated Press that, “I have a 3-week-old baby. My mother has multiple sclerosis and is super high-risk; if I end up playing, I can pretty much throw out the idea of seeing her until weeks after the season is over.

“There’s a lot of factors that I and others have to consider. I don’t think there’s a right or wrong answer; it’s everybody’s individual choice.”

Zimmerman also made particular note of how MLB’s 60-game return is marketed differently from the NBA, WNBA or MLS, noting players will have to decide if the risk involved in travel is worth it.

A number of NBA and WNBA players have decided that they will not attend their respective league’s restarts.

“So it will come down to the players and everyone involved and what they do with each and every second of their day.

“When you start thinking about it like that, it starts becoming a little more complicated.”

In January, Zimmerman and the 2019 World Series Champions agreed to a one-year, $2 million deal with additional performance-based bonuses that could max out at $5 million.

The reduction in compensation is significant. Zimmerman made $18 million last year after making $14 million each of the previous six seasons. His salary hasn’t been this low since 2008.

Zimmerman played in a career-low 52 games last season, but he is the Nationals’ career leader in games, hits, home runs, RBI, runs and doubles.