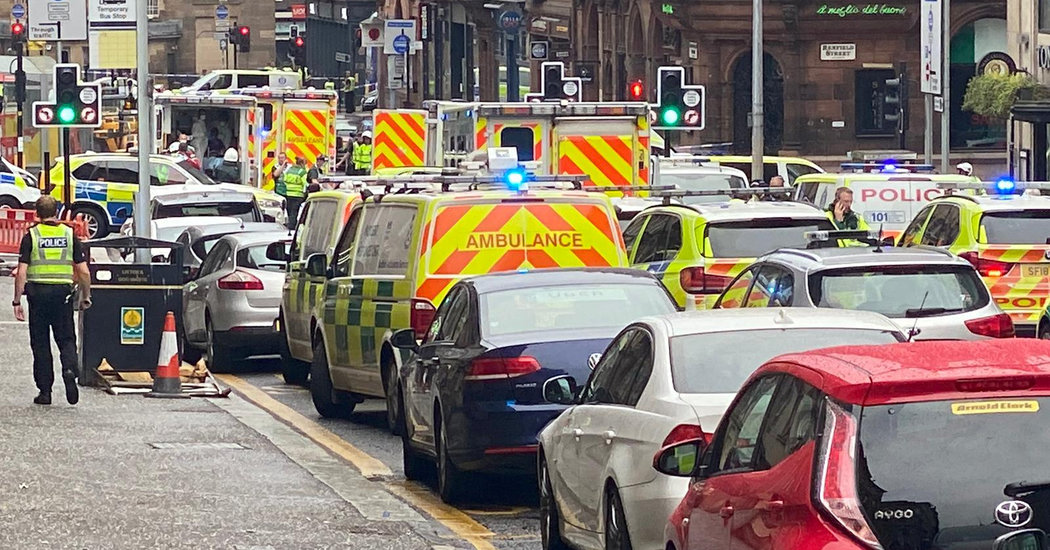 At least one police officer was injured and a male suspect was shot by police in an incident in the Scottish city of Glasgow on Friday, according to the Scottish police.

Images shared on social media showed at least a dozen police vehicles and armed officers responding to the scene in an area of the city that is filled with shops, restaurants and hotels.

Steve Johnson, assistant chief constable of the Greater Glasgow police, said in a statement that while police were still responding to the scene, the situation was under control and the police were not currently looking for any other suspects.

The Scottish Police Federation said on Twitter that an officer had been stabbed and that the person’s family had been notified, though few additional details about the attack were immediately available.

Footage shared by LBC, a British radio station, showed people being evacuated from the Park Inn Hotel on West George Street, and other videos shared on social media showed the area around the hotel being cordoned off by police.

Additional images showed a man who appeared to be injured lying on the steps at the entrance of the hotel in a pool of blood.

A portion of the street around the hotel remained closed and people were asked to avoid the area.

It was unclear whether the incident bore any terrorist motive, but Nicola Sturgeon, the Scottish first minister, said on Twitter that the reports from the scene were “dreadful.”