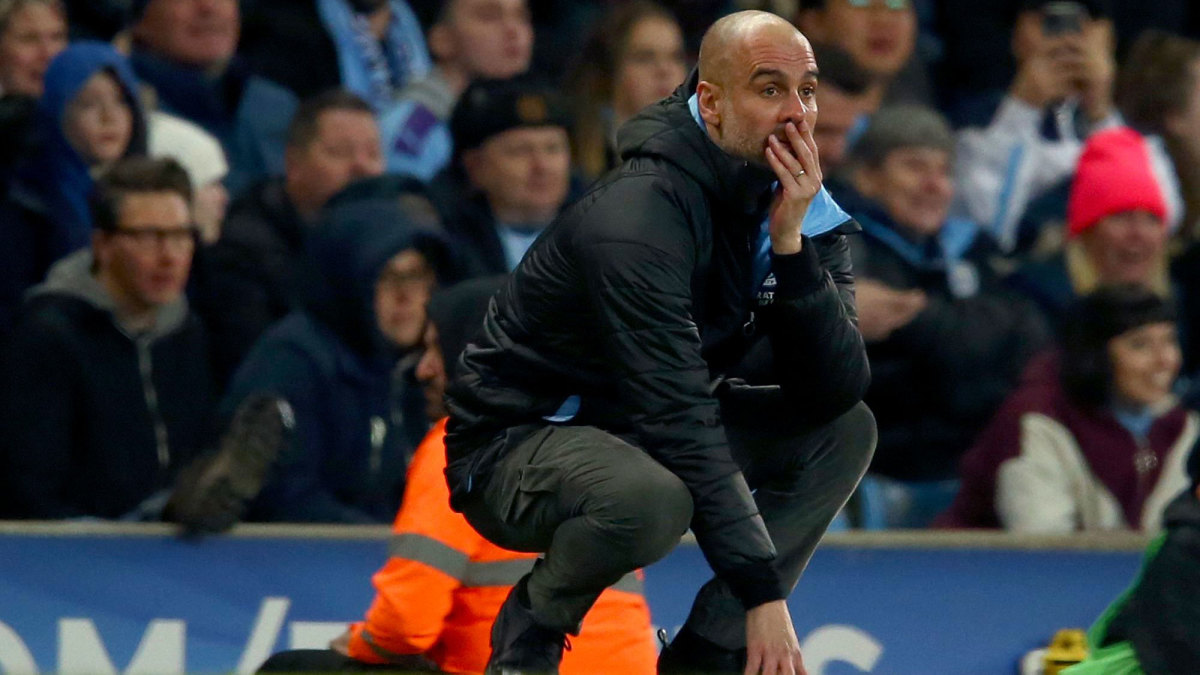 LONDON (AP) — It was a day Pep Guardiola saw coming a long time ago, as early as the first weeks of the longest season in the history of English football.

“Maybe we didn’t arrive with the same passion,” the Manchester City manager said Thursday after seeing his team’s two-season hold on the Premier League title ended by Liverpool.

“Liverpool played every single game like it was the last chance they have. And maybe we didn’t get that moment, especially the key moments in the first part of the season.”

So when the moment finally came, at the final whistle of City’s 2-1 loss to Chelsea at an empty Stamford Bridge, Guardiola was emotionally prepared for it.

Yet Guardiola could never have envisaged City losing its grip on the trophy with seven rounds of games left, his team 23 points behind Liverpool.

It was only two years ago that Liverpool finished 25 points behind City.

Guardiola sent a “big congratulations” to Jürgen Klopp and his players after a game when City’s big flaw this season — defensive shakiness — was exposed once again.

Christian Pulisic scored a superb individual goal to put Chelsea ahead in the 36th minute — the American winger started his run from inside his own half — but it stemmed from a loose pass by Benjamin Mendy after he gathered a clearance by Chelsea from a corner.

Pulisic skipped past the weak challenges of Ilkay Gundogan and Mendy before curling home a finish from the edge of the area.

After Kevin De Bruyne equalized for City with a long-range free kick into the top corner, the visitors needed another goal for a victory that would have prolonged the title race for another week.

However, Fernandinho was sent off for punching the ball away on the goal line after Pulisic, then substitute Tammy Abraham attempted to bundle the ball in from close range.

Willian sent goalkeeper Ederson Moraes the wrong way from the penalty spot and the party could get started in earnest for Liverpool, more than 11,000 days after the Reds won their last English league title 30 years ago.

“What we have done in the last three seasons is incredible,” Guardiola said, reflecting on winning eight of the previous 10 domestic trophies on offer. “And it’s so difficult to maintain this.”

So, four years later, Chelsea has again helped clinch the Premier League title for another team.

In 2016, it was a late goal by Eden Hazard that gave Chelsea a draw against Tottenham that secured Leicester the most improbable title triumph in English soccer history.

Now, it is Liverpool which is the beneficiary.

It was an important win Thursday for Chelsea, which consolidated fourth place and moved just a point behind third-place Leicester. Manchester United is five points back in fifth place, which will secure Champions League qualification for next season if second-place City fails to win its appeal against a two-year European ban.

City still has two trophies to play for this season — the FA Cup, which resumes at the weekend at the quarterfinal stage, and the Champions League, with Guardiola’s team leading 2-1 after the first leg of its last-16 match with Real Madrid.