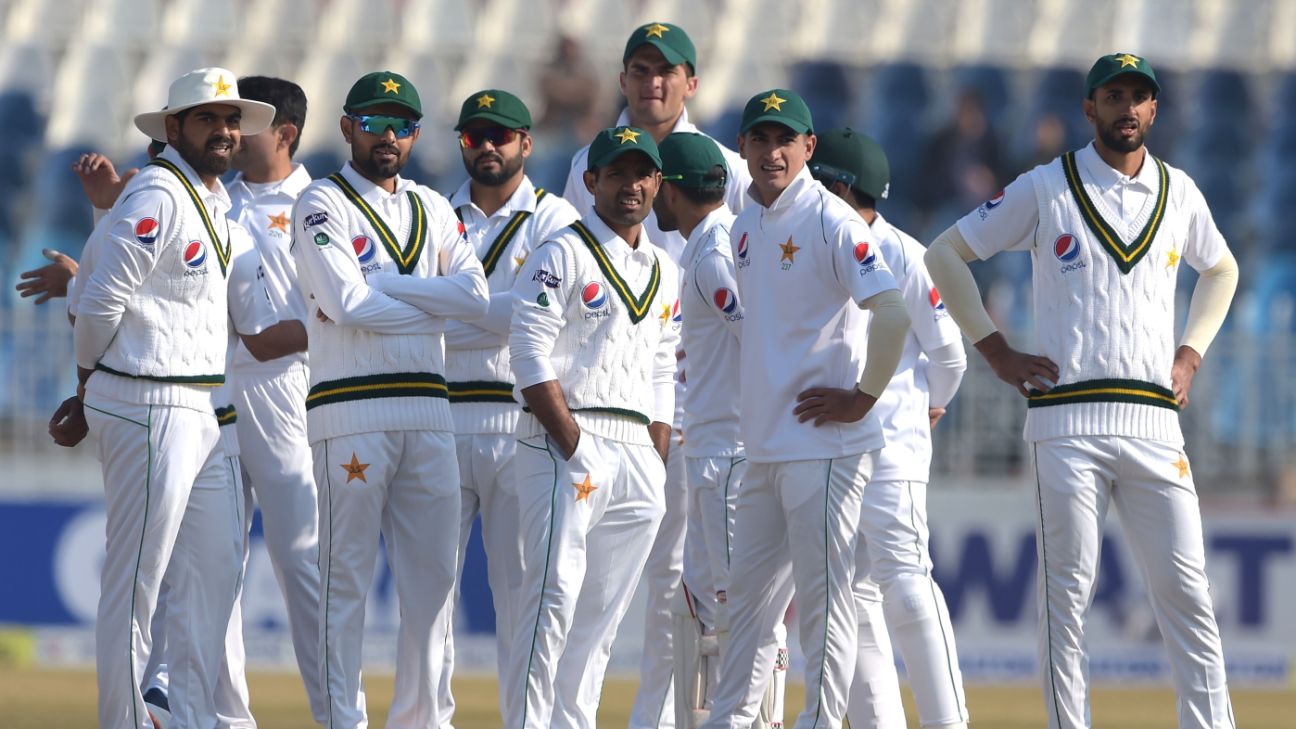 Ten Pakistan players who tested positive for Covid-19 earlier this week will not be part of the squad that flies out to Manchester on Sunday. The 18 players who tested negative, alongside the support staff who have been tested, will be the only ones to board the charter plane arranged by the ECB – provided the results of their second test, which the PCB will announce on Saturday, also come out negative.

This was confirmed after the ECB announced in a press release that members of the Pakistan travelling party who had tested positive would “not be permitted to travel with the advance group”. Though it did not specify if those players would need to return two negative tests to be permitted to travel, the idea of an “advance group” implied there would be members of the Pakistan side not part of the original travelling group on June 28.

That would appear to end any hopes the PCB harboured of sending all 28 players in the squad on the same flight, after they were understood to be considering dropping the requirement of two negative tests before permission to depart for England was granted.

That would have had implications for the ten Pakistan players and one member of the support staff who returned positive tests for Covid-19 earlier this week, though all of them were asymptomatic. They were tested a second time on Friday, and if the two-negative test rule had been ditched, would have been able to travel with the other 18 players if the test results turned out negative. As things stand, the PCB will revert to the original schedule, which means those ten players will be tested a third time on June 29, and catch a commercial flight to England later on once they have provided two negative tests.

Five reserve players were called up as cover and tested for the virus on Thursday, with the results expected on Saturday. Bilal Asif, Imran Butt, Mohammad Nawaz, Mohammad Musa and Rohail Nazir have all undergone tests, as has masseur Mohammad Imran. Nazir, the PCB announced, was called up as a back-up wicketkeeper after Pakistan’s first-choice Mohammad Rizwan tested positive for Covid-19. Rizwan was, according to the PCB CEO Wasim Khan, the only one of the ten whose result had implications for the Test leg of Pakistan’s tour of England, which will be played before the three-match T20I series.

On Thursday, the 18 players who tested negative, as well as 11 support staff personnel, underwent a second round of tests. Should all of them return negative tests once more, they will be cleared to depart for England on June 28 according to schedule.

The ECB also announced that the Pakistan squad that lands in Manchester on Sunday will undergo a 14-day quarantine period in Worcestershire before transferring to Derbyshire’s Incora Country Ground on July 13. That would reflect a change in plan from the original schedule, which would have seen the Pakistan squad quarantine in Derbyshire, although an ECB spokesperson said that the original itinerary had not been set in stone.

The tour comprises three Test matches and three T20Is in August and September. All six games will be played behind closed doors.